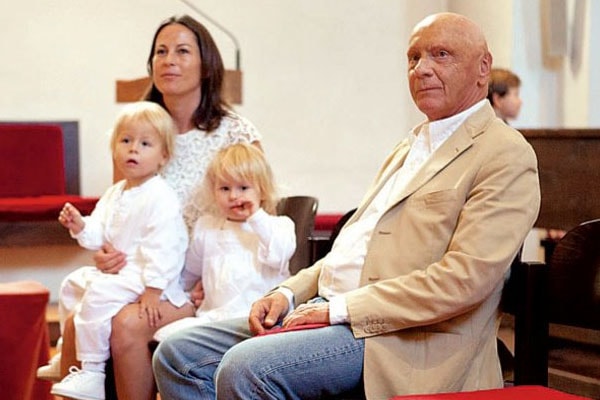 Max and Mia Lauda are the twins of the late Niki Lauda, a great Formula One driver. Birgit Wetzinger, his second wife, gave birth to them in 2009.

Niki’s second marriage to Birgit Wetzinger produced Max and Mia. From their father’s previous marriage and an adulterous affair, the twins have three more half-siblings. Niki Lauda and his ex-wife Marlene Knaus had two children, Lukas Lauda and Mathias Lauda. Through an extramarital affair, Niki had a son, Christoph Lauda.

Mathias, Max and Mia’s half brother, is a Formula 1 racer who is managed by his brother Lukas. Christoph is also a business owner.

The great Niki Lauda is a well-known name not only in the racing profession, but also among those who have seen a few glimpses of the Formula One world. In the year 2008, Mr. Lauda married Birgit Wetzinger. Niki’s second wife is Birgit Wetzinger. Birgit Wetzinger was a flight attendant with Niki’s airline, Flyniki. In 2005, they had been dating for around eight months.

Birgit and Niki Lauda, Max and Mia Lauda’s parents, are seen together at the Odeon Leicester Square for the Rush World Premiere. France 24 is the source of this image.

Niki was in desperate need of a kidney transplant that same year, because the kidney Niki’s brother had donated him in 1997 failed. His then-girlfriend, Birgit, came forward and willingly donated one of her kidneys to save the life of the man she adored. Niki subsequently stated in an interview that she was the reason for his survival.

The couple married on August 25, 2008, after being in a relationship for four years. According to reports, the wedding ceremony lasted four minutes. Despite their nearly 30-year age gap, the couple had a wonderful relationship. In 2009, a year after exchanging vows, the couple welcomed their lovely twins, son Max Lauda and daughter Mia Lauda.

Niki ensures that his children, Mia and Max, are not subjected to public scrutiny so that they can experience a regular childhood like any other. When the family was photographed by the paparazzi in public, father Niki made sure that his children’s features were obscured and unrecognizable.

Niki Lauda’s twins are all growing up nicely! APA Picture Desk is the source of this image.

The twins have been together for almost ten years. Max and Mia had to deal with the sadness of their father’s death just as they were nearing adolescence. On Monday, May 20, 2019, Niki Lauda passed away peacefully. The loss of a legend is mourned by the entire globe. We pray that God provides the bereaved family adequate strength.

Max is a Latin name that meaning “great” in English. Mia is most commonly connected with the Italian word mia, which means “my.”