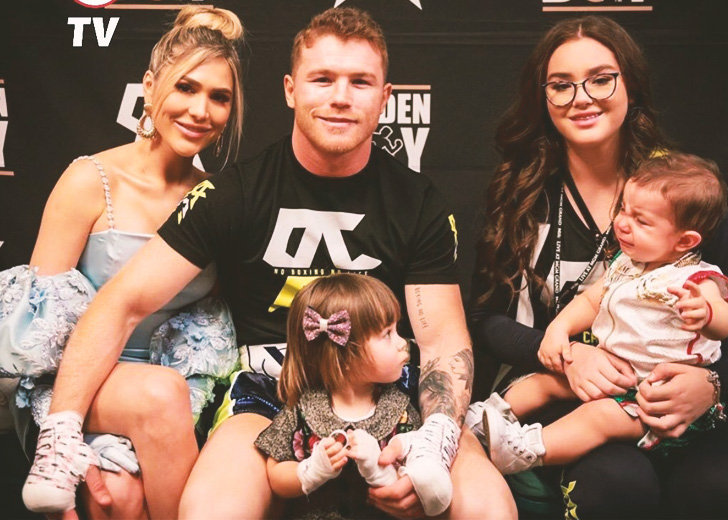 Canelo Alvarez, a professional Mexican boxer, is widely regarded as one of the finest in the sport. He is a married man with three children from various relationships.

In a recent interview, he discussed his views on parenting and offered advice on how to improve as a parent.

An Investigation into Canelo Alvarez’s Wife and Child

In May 2021, Alvarez and Gomez married in Alvarez’s hometown of Guadalajara, Mexico.

Gomez, his wife, is a successful entrepreneur who owns and operates the Nailbar & Boutique in her husband’s hometown. The official Instagram account for her company, @fernandogomezgdl, has 545,000 followers.

Similarly, entrepreneur Gomez has an Instagram account that has been confirmed. She currently has 967,000 fans on the social media platform as of this writing.

Children from Canelo Alvarez’s Other Relationships

Alvarez is currently married, however, he has a history of previous relationships and children from those relationships.

When he was 16 years old, he became a father for the first time.

The excellent boxer learned that his girlfriend, Karen Beltran, was pregnant at a young age.

Alvarez discussed how he felt a feeling of duty after learning of his then-pregnancy girlfriend in an interview with host Graham Bensinger this past April.

According to Alvarez, his first impulse was to take care of her, so he decided to rent a house with Beltran. Beltran, on the other hand, opted to leave him and move on with her life.

Emily Cinnamon Alvarez, his older daughter, is still a part of his family despite his divorce from his ex-girlfriend.

Emily was born in 2007, according to Sportskeeda, and Alvarez is still involved in her life.

Emily is thought to be close to her father, as she frequently appears in his family photos and social media posts.

Saul Adiel Sepulveda, his two-year-old son, was born in 2019. Nadia Sepulveda, Canelo’s former girlfriend, and business partner, is the mother of the child.

Alvarez is said to have a fourth child, Mia Ener, with alleged lover Valeria Quiroz, but the renowned boxer has yet to confirm the rumors. Alvarez has claimed that he only has three children as of this writing.

Canelo Alvarez on How to Raise a Good Child

During his conversation with Bensinger, Alvarez discussed his parenting philosophy. Growing up in Mexico, the boxing sensation said he didn’t have much.

As a result, during his daughter’s early years of rearing, he gave her everything he could.

He later admitted that he had made a mistake by giving his children everything he lacked as a child.

The athlete went on to say that “life isn’t like this,” and that you have to learn to earn it on your own.