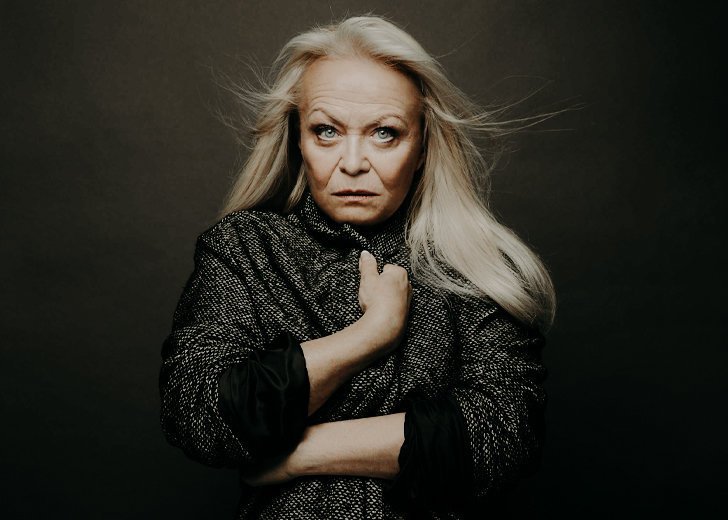 Jacki Weaver, who debuted in Hollywood at the age of 63, has always been forthright about her previous affairs. She’s been married four times and says she’s pleased with the fact that she’s been true to her present husband, actor Sean Taylor.

Weaver, who has been nominated for an Academy Award twice, has broadened her perspectives on a variety of topics, including sex and relationships. In her 2005 autobiography, Much Love, Jac, she emphasized her easygoing attitude toward certain themes.

However, she rarely speaks about her son or his family, despite how open she is about everything else in her life. Her son, Dylan Walters, and his family don’t appreciate her talking about them in public, so that’s part of the reason.

Weaver also shared another reason: she is protective of her grandchildren as a result of her own personal experience with abuse as a youngster.

She had previously acknowledged being sexually abused as a youngster by a family acquaintance on television.

Weaver has had four marriages.

The 74-year-old actress has been married four times throughout her life. She married David Price, her first partner, when she was 18 years old, in 1966.

Four years later, she left Price for filmmaker John Walter, with whom she had a son, Dylan Walters, in the same year.

Weaver’s engagement with Walters did not endure long, and she moved on to director Richard Wherrett.

In 1976, the actress married boom mic operator Max Hensser, and they were married for two years.

On February 25, 1983, Weaver walked down the aisle with politician Derryn Hinch. After she fled away with another man, the couple divorced. Despite this, the two remain close friends to this day. She has also stated that she and Hinch communicate on a daily basis.

In 2003, the Silver Linings Playbook actress married actor Sean Taylor for the fourth time, and the two have been together ever since.

Weaver seems unconcerned about the future of her career.

Weaver has had a long and illustrious career. She was already a well-known actress in Australia when she was called to Hollywood at the age of 63. Her career took off once she moved to Hollywood, which she describes as a nice surprise.

The actress claimed in an interview with BUILD that she would not have traveled to Hollywood if it hadn’t been for the invitation. She’d seen far too many folks try to break into the entertainment industry. She lacked the courage to do it at her age.

She had performed in 73 plays and 20 films in Australia before moving to the United States, and she was happy with her work.

She has been in dozens of films since her transfer and says she doesn’t worry if her career ends or continues for another two decades.