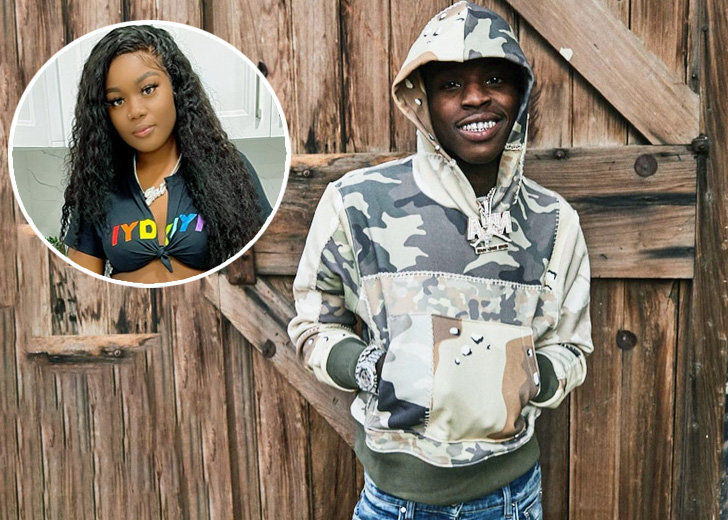 Jai Doll has leveled some serious charges against her ex-boyfriend and artist Quando Rondo.

The social media star, who has a kid with the rapper named Italy Naomi, recently came to Twitter to accuse Rondo of not being a responsible co-parent in a series of comments.

Allegations made by Jai Doll against Quando Rondo

Doll stated in one of her tweets that the Georgia-born rapper frequently pursued women and spent time with them rather than spending time with their nearly 2-year-old daughter. In the same tweet, she also stated that he had recently claimed he wasn’t the father of her child.

“It just doesn’t make sense to me that [Rondo] spends more time pursuing [crap] than with his daughter (who he claims isn’t his all of a sudden). But it’s always been like that, “she said in a tweet.

In another tweet, she said that many assumed she was upset, but that most of their interactions were “behind the scenes,” and that no one knew what the rapper was up to.

As a result, she claims that many people have a wrong impression of her and that she could tell the entire truth about her ex-boyfriend with just one photograph.

“Inquire as to why I LEFT HIM. Get out of here, Ion “she added in a subsequent tweet.

Despite the charges that he is an irresponsible dad and ex-partner, Rondo has remained silent on the subject.

Rondo just shared photos of himself with his new girlfriend on social media.

Doll’s aggressive remarks against her ex-boyfriend come only hours after Rondo shared a series of photos on Instagram with his purported new lover, who goes by the Instagram handle @kii.yaaah.

The rapper and his new girlfriend were photographed sharing some intimate moments in the photos. In the third picture of the slide, they were even spotted kissing.

Many of his followers instantly commented on how young the girl appeared to be, probably a high-school adolescent. The rapper had previously introduced the girl to his followers as his sister, according to a few remarks.

Someone commented on his post, “I THOUGHT U SAID THATS YO SISTER.”

Doll and Rondo became parents on December 8, 2019, when Naomi, their baby girl, was born.

The young mother, who has over 204,000 Instagram followers, has also documented her pregnancy experience in the highlights part of her account. She has added photographs from the time she found out she was pregnant to the highlight named ‘Italy Naomi.’

Pictures and videos of her and Rondo celebrating Doll’s pregnancy, baby shower, and Naomi’s arrival are also included in the highlight.

The tiny one now has her own Instagram account, which is likely managed by her mother and has over 109,000 followers. However, in the last two years, the handle has only had 18 postings.