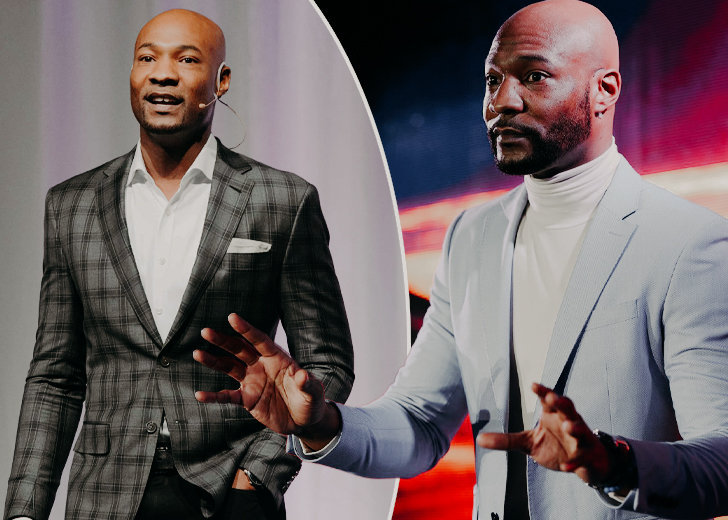 Pastor Keion Henderson is well known for his sage counsel, particularly regarding dating, marriage, and cohabitation. The pastor’s own marriage fell apart despite the fact that he was a master of all things pertaining to love.

According to what he implied on social media, Keion and his ex-wife Felicia Henderson had a fairly pleasant marriage in the years 2015–2016. The couple, who are the parents of two girls, seldom ever discussed their marriage, but Keion did post pictures of his happy marriage on Instagram.

On his wife’s birthday in 2016, the pastor gushed about his wife in a since-deleted Instagram post, referring to her as a “timeless treasure.” Additionally, there were posts about birthday surprises that suggested their marriage was successful.

Lady Felicia was not just his wife but also a business associate of Keion’s. Together, they started the Sugarland Campus and other enterprises, including the Lighthouse Church.

In September 2019, Keion revealed to Chron that an African prophet had dreamed about Keion and his wife serving as ministers in Sugarland. This prophet’s prophecy came true when the couple launched a Lighthouse Church branch together.

Keion also discussed how he and his wife co-led a church in Houston, Texas, in the same interview.

Felicia and Keion Henderson divorced in 2019

Despite the fact that they appeared to have a strong personal and professional relationship, their marriage apparently ended in 2019 when he purportedly filed for divorce.

After obtaining their court records, YouTuber Larry Reid made them publicly available on his Patreon page.

It attested to the fact that the pastor possessed divorce papers in fact.

In a video, Reid also revealed that Keion claimed he was “going through adjustments” in his marriage before the divorce was officially announced. Later, in a conversation with BlessedBeatz Media, the Pastor verified the divorce personally.

The divorce was a good change even though it was a difficult step.

It’s clear that the pastor struggled with the divorce. While he was pushing others to accept love, he was also disintegrating.

He said in an interview with BlessedBeatz that he was learning how to bravely navigate that season—the season of separation—while serving as a megachurch pastor.

People appreciated his words of advice since they were relatable and truthful because he has had his fair share of highs and lows.

His life experiences have given him insight into how to view the wider picture and look past the difficulties of one’s present situation.

The preacher emphasizes moments of transition between difficult and better times in his book The Shift. The book includes a chapter about divorce and its circumstances in addition to having upheavals that happen every day all around you as its main focus.

On July 6, Shaunie O’Neal, star of Basketball Wives, posted a beautiful message on Instagram wishing Keion a happy birthday and confirming their relationship.

O’Neal raved about Keion in her long, romantic caption, referring to him as “my safe haven where I can honestly grow without criticism.” She admires his unwavering devotion to her and her kids. They also have more posts showing them looking cute together.

The couple’s relationship status is unknown, although they first met in 2019 when Shaunie attended one of Keion’s conferences.

From 2002 to 2011, Shaunie was wed to her ex-husband Shaquille O’Neal. Four kids—Amirah, Shakir, Shareef, and Me’arah—belong to the couple. Miles, a son from a prior relationship, is another child she has. Pastor Keion Henderson is well known for his sage counsel, particularly regarding dating, marriage, and cohabitation. The pastor’s own marriage fell apart despite the fact that he was a master of all things pertaining to love.