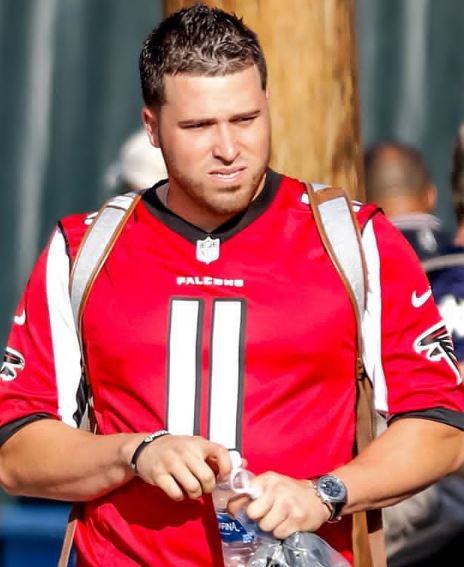 Victor Manuel Caratini alias Victor Caratini is a professional baseball player of Major League Baseball player(MLB). Further, he is currently playing for Chicago Cubs as their Catcher. Victor was drafted in the second round of the 2013 MLB draft out of Miami Dade College by Atlanta Braves. Soon after his draft, he made his professional debut with Danville Braves in 2013. Moreover, he is playing as a catcher for the Chicago Cubs from 2017 to present and has benefited them during his journey till now.

People seem to be eager to know more about his career, net worth, and wife. Seeing this, below we have provided you with all the information about Victor Caratini in the article below. So keep scrolling the page.

How much is Victors Net worth and salary?

As of 2019, victor ahs a net worth of $1 million. Further, he gets a salary of around $600,000 annually by Chicago Cubs. Though he hasn’t that much time to his professional career, he has earned a quite good amount of money.

Is victor Married or dating? Wife and affairs

Victor Caratini is a married man. He has tied his knot with his wife Janise Caratini. Although Victor and Janise were dating for a long time, they disclosed their relation publically in 2014 via Instagram. Victor is very secretive regarding his married life. He doesn’t like to share his spouse’s information in media. However stalking into his Instagram account, we came to find that he usually mentions his wife as “My Queen”. Besides, Victor hasn’t provided any information about his Wedding date and Wedding ceremony.

As Victor’s wife’s name has revealed, many of you might have a question Who is Janise Caritini? and What does she do? Well, its time to put an end to your patience. Janise is a fashion and makeup artist. She is quite popular on Instagram and Youtube. Janise has a youtube channel where she usually posts videos about beauty tips and beauty products. Further, she also has an Instagram named Janisecolon beauty and has got a large number of followers. Apart from this, Victor and Janise are sharing a very healthy relationship. It seems like their relationship will go very long. Besides, as both of them were in a relationship from their high school days, the didn’t have any past dating affairs.

The MLB player Victor Caritini first took a breath on this earth on August 17, 1993, as Victor Manuel Caritini. By the august of 2019, he will successfully complete 26 years of his age. He was born in Coamo, Puerto Rico under the birth sign Leo. Further, he holds Puerto Rican nationality and belongs to white ethnicity. Victor took birth in the house of parents Victor Caritini (father) and Ludia Rivera(mother). Besides, he hasn’t provided any information about his siblings and early life. Talking about his education, he joined Miami Dade College and played baseball for it.

Victor was drafted by Atlanta Braves in the second round of 2013 MLB draft from Miami Dade College. The same year in 2013, he started his professional career with Atlanta Braves. After playing with Braves for 4 years he moved to Chicago Cubs on July 31, 2017. Moreover, he started his 2017 season with AAA Pacific Coast Leagues Iowa Cubs. Later On June 28, 2017, he promoted to MLB.