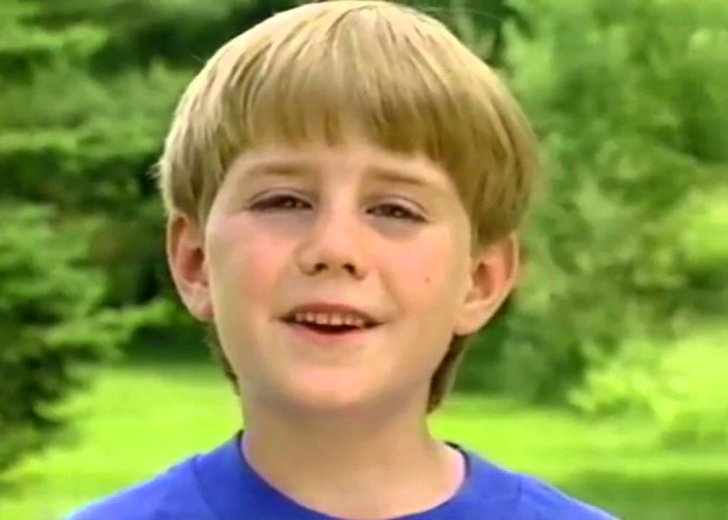 An old, humorous TV ad called You On Kazoo! that featured a little boy playing the Kazoo with enthusiasm went viral in late 2015, 27 years after it first appeared on television. The major lead actor in the video gained new life and became known as “The Kazoo Kid” on social media.

If you’ve been a frequent user of social media over the past several years, you’ve almost certainly seen a video, gif, photo, or meme featuring a boy with blonde bowl hair who went by the name of “The Kazoo Kid.”

The 1989 TV commercial You On Kazoo! that made him famous was intended to promote the toy instrument Kazoo, which produced a buzzing sound in addition to one’s voice. After nearly three decades, no one could have predicted that the advertisement would become viral online with such amusing memes and videos.

The Kazoo Kid’s Regaining Popularity Was Aided by Memes

For nearly three decades, You On Kazoo! was a dying medium. In 2011, Jim VanBlarium’s five-minute YouTube commercial segment titled “Suddenly the Kazoo Kid” made a comeback.

Later, in August 2014, a remixed and condensed version of the advertisement received over 500,000 views and went viral. Many thanks to Dead VCR’s official channel for uploading the amusing video and attracting viewers. The film has received over 50 million views on the Platform as of January 2021.

When a Reddit user released the video in 2015, the You On Kazoo! internet craze entered its second phase. This popularity even prompted a ton of fan remixes and fan-made versions to be posted on SoundCloud and YouTube. A number of videos of reactions to popular YouTubers’ videos were also available.

The commercial footage inspired countless remixes, memes, and parodies, and the Kazoo Kid became a popular search topic on Google. But up until 2016, no one was aware of his true identity.

The Kazoo Kid’s true identity was tweeted on January 7, 2016, by @penguin man97, a user of the social media platform.

Brett Ambler was identified as the enigmatic young man wearing a blue t-shirt.

From a Kazoo Kid to a Kazoo Man

If you’re curious what the bowl haircut Kid looks like now, he’s an adult with short hair and a bearded appearance. Ambler still performs as a musician and performer in the entertainment industry.

But because internet users were interested in learning more about him and his responses to the circumstance, he also participated in a Reddit Ask Me Anything session. He stated:

In addition, the actor said that he still plays the kazoo fairly well. The best part is that the young performers from the 1989 original video got together online as a result of the 2016 Kazoomania trend, which saw people start purchasing the Kazoo.

Since becoming known as Kazoo Kid in 2016, Ambler has capitalized on the popular video to market himself. He continues to this day to produce a number of videos on his YouTube page playing different musical instruments in addition to the kazoo, upholding his strong Kazoo Kid persona and engaging the viewer.

“Actor, Bespoke Song Writer, Kazoo Kid, General Monkey,” proudly proclaims his Twitter bio. Rep’d by Radical Artists in Colorado and Talent Plus in Missouri. The internet offered him a second opportunity at fame, and now he even has official Kazoo Kid clothing. An old, humorous TV ad called You On Kazoo! that featured a little boy playing the Kazoo with enthusiasm went viral in late 2015, 27 years after it first appeared on television. The major lead actor in the video gained new life and became known as “The Kazoo Kid” on social media.

Share
Facebook
Twitter
Pinterest
WhatsApp
Previous article
A comparison of Wendy Williams’ appearance before and after surgery shows how it has changed over the years.
Next article
The enormous wealth of ZZ Top vocalist Billy Gibbons is revealed through his collection of vehicles and guitars.

At the age of 24, Alfredo Villa aka Prettyboyfredo, who had spent his entire life longing for a family, finally found one with his...