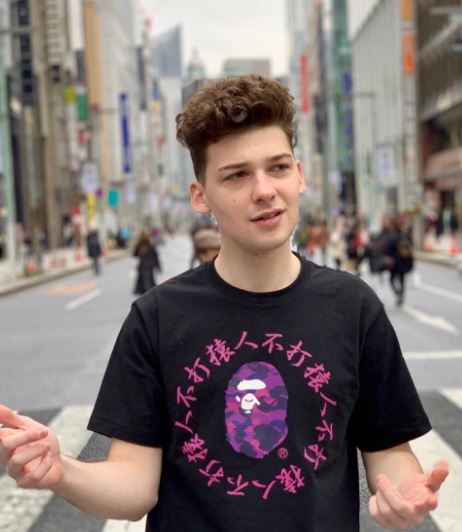 Zack known widely known online as Poke or Pokediger1. Zack is an American You Tube star who rose to fame from his game play videos of games like Minecraft, Roblox, Cube SMP and Murder Mystery 2. The YouTuber has amassed over 2.6 million subscribers on his channel, which is still growing.

Zack is also active on social media. His social media accounts show that he is a chill person who does what he loves. Furthermore, Pokediger1 has 112k followers on his Instagram account and 216k followers on his twitter till date. He wants to spend his leisure time with his friends and family specially with his brother. To know about his wiki, bio, dating, girlfriend, age and many more scroll down.

At the moment, Pokediger1 is in a romantic relationship with Nicole Richmond. His girlfriend occasionally appears in his videos where they play games together. Zack has pictures of both of them together on his Instagram. Furthermore, the gamer has many friends from his childhood and from YouTube. His popular friends include YouTubers Twisted Pandora, Antster, Tofu and Landon to name a few.

Pokediger1: Career and Net Worth

Pokediger always had a passion for gaming. In August 22, 2011 he uploaded his first video to YouTube titled “Pokediger1’s first video”. Since then, he has come a long way, gathering tons of views and fans. The most popular video on his channel titled ‘PRESTONPLAYZ ROBLOX’ has over 10 million views. In addition to that, he has total video views of over 475 million on 2,329 videos that he has uploaded in the channel.

Zack has gained a lot of fame and fortune throughout his career from his YouTube videos. Moreover, some of his videos are sponsored by different brands. The YouTuber has an estimated monthly earning of $8k-$127.6k and estimated annual earning of $95.7k-$1.5 million. Furthermore, Zack also generates a considerable amount of sum from merchandise sales. Presently, he has a net worth of $1 million.

Pokediger1 is tight lipped about how his early life went. He was born on April 13, 1998, in Chicago, Illinois. His real name is Zack. He is now 21 years old. Information about his parents is unknown but we do know that he has a brother due to the picture posted on Instagram. He has posted lovely picture with his mother on Christmas .

Cats are Pokediger1’s  favorite pet animal and loves pizza a lot . This is as far as we know about how his early life was like for now. We will update about Pokediger1’s mother, father and brother’s name soon.