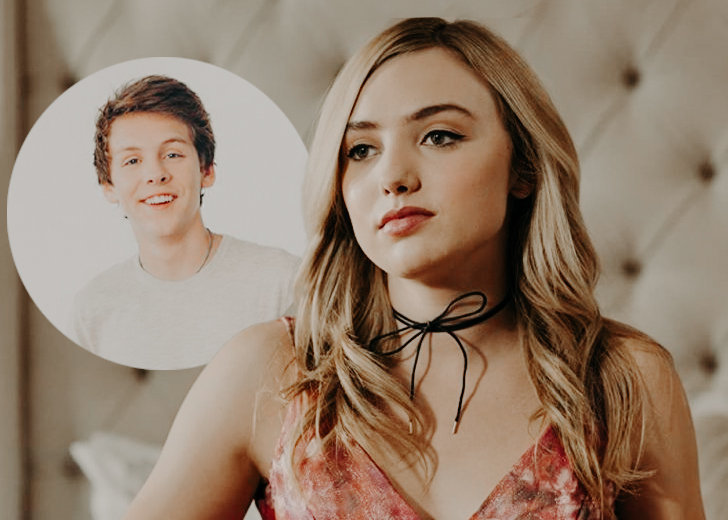 The actress is not currently seeing anyone, but she was asked who her favorite Cobra Kai character was in a recent TikTok video.

Her co-star, Jacob Bertrand, plays Hawk and is said to be her current lover.

Many viewers assumed Bertrand was in the room with List when she responded to the video, based on List’s repeated side glances. In the comments section, people have gone crazy about the video.

Fans also reacted to the rumors on social media. Some were enthusiastic, declaring that they would be present, while others were less enthusiastic, lamenting the loss of a single Jacob Bertrand.

One person posted, “I just lost my bf, Jacob Bertrand, to Peyton List, this woman won at life.”

Despite the unverified allegations of Peyton and Bertrand’s relationship, the two appear to be close friends who spend a lot of time together.

In 2019, the two of them attended the premiere of Anthem of a Teenage Prophet, a film starring List, and her twin brother Spencer.

Bertrand shared a carousel of photos from the night on Instagram, including one of him and the twins, and complimented List in the descriptions.

Their birthdays were also shared by the two of them. The list shared a birthday message for Bertrand’s 21st birthday on Instagram on March 7. List admitted in the captions that she didn’t have any images of Bertrand on her Instagram.

Bertrand was dressed in his full white Karategi, and List had one arm around him as if the two were training for Cobra Kai.

Bertrand wished the twins a happy birthday on Instagram a month later. The first shot was grainy and showed List practically touching Bertrand’s head, while the second photo showed Spencer with a hilarious look, ready to devour a cake.

He kept his captions short and sweet, only mentioning that List was adorable in the shot.

The Romantic Era in List’s History

She mentioned in an interview with Build Series that the cast’s shared environment allowed her and Monaghan to get to know each other better.

They soon became great friends and created a bond. It didn’t take long for their friendship to develop into a romantic relationship. “Cameron and I started dating when we realized we liked each other,” she explained.

Monaghan was also described as understanding and polite by the actress. She mentioned that they were attentive of each other since they were both busy with their schedules, and she couldn’t see a non-actor being this understanding.

In 2019, the couple discreetly ended their relationship, although they appeared to be on good terms as they came out together for the premiere of Anthem of a Teenage Prophet.