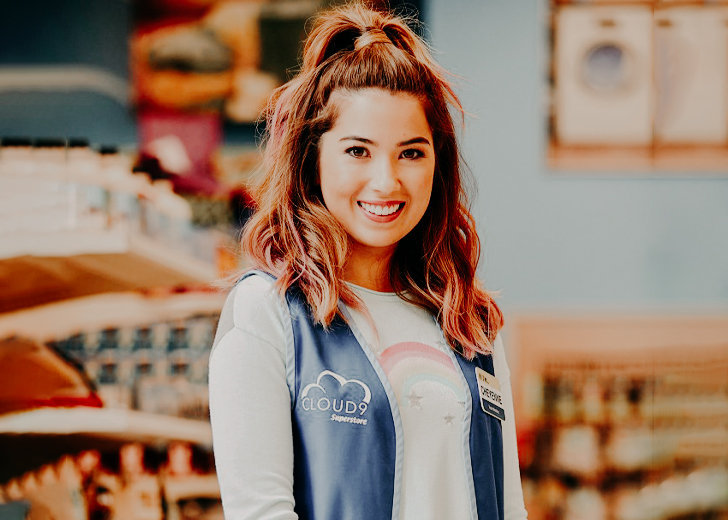 Nichole Sakura, the star of the NBC sitcom Superstore, has reverted to her birth name.

Her mixed-race, resulting from biracial parents, was an early impediment to her acting career, and she had to alter her last name to Bloom.

She now claims to have made peace with her racial concerns and goes by her own name.

She has always wanted to be an actress since she was a little girl. As a result, she asked her parents to find an agent who could assist her in pursuing a career as an actress in Hollywood.

She came to Los Angeles as a teenager thanks to her supportive parents.

Why did Nichole Sakura’s name change to Nichole Bloom?

Sakura arrived in the entertainment capital of the world, Los Angeles, full of ambition and hope.

However, things did not go as planned, owing to her mixed ethnicity. Even her agency cautioned her that landing a position in Hollywood with looks that were neither Asian nor Caucasian would be difficult.

At the age of 20, the California native landed her first job in a studio comedy.

Ironically, she was replaced by a white actor, not because of her race, but because the comedy’s creators thought she was bashful.

Her worries and fears about her ethnicity grew as a result of her failure to get the part.

Sakura believed her Japanese roots were a barrier because of the dearth of good acting jobs.

She had even been discouraged from continuing her acting career after applying for roles.

As a result, the Shameless actress discarded her Irish middle name, O’Connor, and changed her last name from ‘Sakura’ (which means cherry blossom in Japanese) to ‘Bloom.’

She wanted to get rid of the Japanese flavor of her name and make it as vague as possible. As a result, she began to go by the name Nichole Bloom.

In the year 2020, Nichole Sakura began using her real name.

Sakura began using her true identity on Instagram and other social media platforms in early 2020, abandoning all of her fears and insecurities.

She stated why she changed her name in the first place in an Instagram post on August 14, 2020, to clarify the name change.

She opened up about her former concerns and admitted that she wasn’t sure if changing her name improved her career.

After that, she became vocal about Hollywood’s expanding diversity, claiming that she had recognized the value of loving oneself as she had grown into herself.

She concluded her statement by requesting that everyone refer to her by her given name, Nichole Sakura.

Sakura followed up her debut film Everyday in 2010 with roles in Carpool, ModelMinority, and Project X, the latter of which helped to boost her profile.

The film was a box office hit, grossing more than $100 million on a budget of under $12 million.

In addition to her work on Superstore, the actress had a recurring role on Shameless from 2014 to 2016 as Amanda. She also made guest appearances on popular shows such as Teen Wolf and Grey’s Anatomy.

Along with acting, the 31-year-old has worked as a model and has been in several American Apparel advertisements.

It’s inspiring that the actress’s Japanese roots, which she had been cautious about at first, were the very thing she was wholeheartedly embracing as she pursued American celebrity.