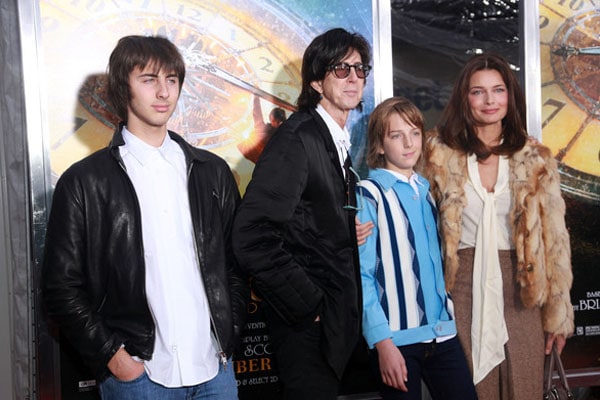 Ric Ocasek, the late American singer, was the joyful father of six sons. He had six boys from several different baby moms. Oliver Orion Ocasek and Jonathan Raven Ocasek are Ric Ocasek’s sons from his first marriage to Paulina Porizkova.

The wedding of Oliver and Jonathan Ocasek’s parents took place in 1989. However, things between the two didn’t work out, and the couple split up in 2017. Unfortunately, their father passed away in Manhattan, New York, on September 15th, 2019.

In the year 1998, Oliver Orion Ocasek was born.

Oliver, Ric Ocasek’s son, was born on May 23, 1998. Oliver, who was born into the singer’s family, has inherited his father’s long silky sophisticated hairstyle. Not only that, but he’s mastered the art of posing for the camera. Clearly, his gorgeous mother and well-coiffed father deserve all of the credit.

Oliver attends parties and annual festivities with his family, including his sibling, most of the time. The adorable family also enjoyed vacations and travels to wonderful locations. Even though Ric is no longer with us, his happy memories will live on in his children’s hearts forever.

On November 4th, 1993, Jonathan Raven Ocasek was born. Jonathan was born to his parents, Ric and Paulina, as previously stated. Oliver, his younger brother, is 5 years his junior. The two brothers are exceptionally close and stick by each other through good times and bad.

The late great musician didn’t tell anything about his offspring. However, both sons occasionally accompanied their parents to most celebrity parties and annual celebrations. It appears that the two attractive brothers are extremely at ease in front of the camera.

Ric Ocasek’s Sons: What Does Their Name Mean?

Oliver Orion Ocasek: Oliver is a boy’s name with the meaning “the olive tree” in English. Orion, on the other hand, is a global name of Greek origin that means “rise in the sky or morning.”

Jonathan Raven Ocasek: Jonathan is a Hebrew boy’s name that means “God has provided.” Raven, on the other hand, is an English name for a bird.