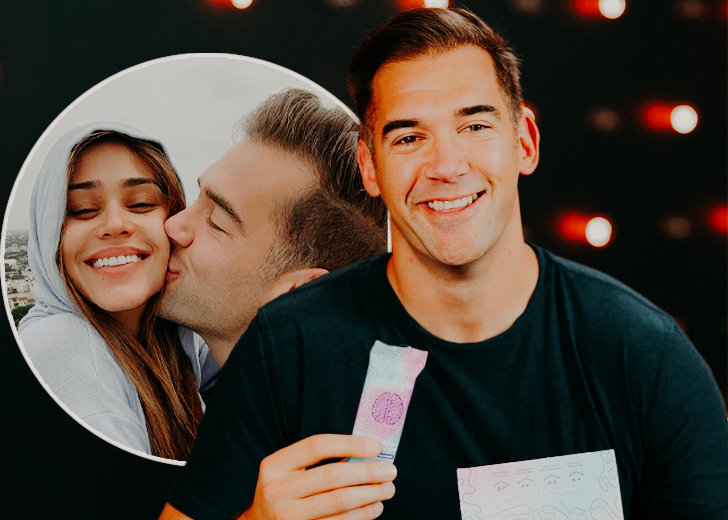 Lewis Howes, the host of the School of Greatness podcast, has asked various remarkable people to share their self-development advice on his show.

But, in addition to the great brains he interviews on his podcast, the New York Times bestselling author gets inspiration from his girlfriend, Yanet Garcia.

Howes’ colleague is likewise one of the most well-known weather anchors in the country.

Garcia and Howes Have a Relationship

Garcia worked for Mexican television’s morning show, Hoy, and was dubbed “The World’s Hottest Weather Girl.” She also had a role in the Spanish comedy film Bellezonismo.

Aside from acting and hosting, the 30-year-old host has a YouTube account where she posts entertaining vlogs and training videos. She also works as a model.

After his breakup with his ex-girlfriend, he met Garcia.

For the past seven years, Howes had been in a long-term relationship with his girlfriend. In August 2019, he discussed his breakup with Whitney Miller on a podcast.

He said he felt like he was drowning after his romance ended. Meanwhile, he also emphasized that such trying times will be followed by a new journey and a more gratifying experience.

That adventure came in the form of Garcia for Howes.

The former professional football player announced that it had been a year since they met and felt good about each other in an Instagram post on January 17, 2020.

After his latest separation, the 38-year-old entrepreneur revealed that he was not looking for someone since he wanted to be alone for a bit.

Howes was also thankful to have someone like Gracia in his life, who encouraged him to be a better guy every day. “You are a divine being. You came into my life at a time when many others had departed, and you’ve encouraged me to be a better man every day since then “he stated

His girlfriend quit her job to join him in the United States.

The Mexican beauty appears to be infatuated with Howes, since she left her role on the Mexican TV show Hoy in December 2019 to join her lover in the United States.

Garcia has yet to marry her entrepreneur lover, but her decision to leave her work demonstrates her commitment to her partner.

Howes and Garcia are currently living together and doing incredibly well in their respective fields. The model is frequently involved in modeling jobs and photoshoots, and the Ohio native routinely conducts his podcast.

Mamacita, the couple’s adorable Pomeranian dog, is with them. The celebrity duo manages Mamacita’s Instagram account, which has over 17 thousand followers.