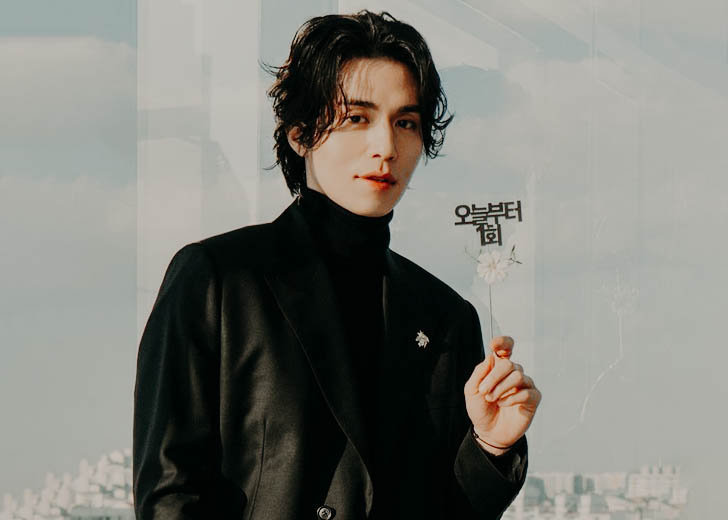 Lee Dong Wook, the actor who can slip into otherworldly personas like it’s his second personality, has wowed audiences with his performance. The actor has excelled in non-human roles, from playing the grim reaper in Goblin to playing the nine-tailed fox in Tale of the Nine-Tailed.

Fans of Lee Dong Wook should take note of his statement that his ideal sort of relationship is someone he can trust and who can console him while he is going through a difficult period. He had previously dated Suzy, a well-known Korean actress, and singer. It’s the only public relationship he’s acknowledged.

Someone who soothes him is his ideal type.

When it comes to his ideal type, the actor has stated that he prefers someone with whom he can talk easily and who shares his sense of humor.

He stated on one of his talk show appearances Because I Want To Talk, that he is looking for someone who is motherly.

“I want someone I can lean on and talk to when I’m going through a tough period,” he remarked.

Lee Dong Wook also revealed that he is drawn to women who are reassuring.

‘The Nation’s First Love’ Has Been Dated, Suzy Bae

Lee Dong Wook has worked with a number of well-known and attractive women, resulting in several girlfriend rumors. However, he has only publicly confirmed one relationship thus far. In 2018, the Goblin actor stated that he was dating Bae Suzy, a well-known Korean actress, and singer.

Suzy appeared on Strong Heart, a chat show in which Lee was one of the hosts, in 2012. When questioned about her ideal type at the time, she named Lee as her first pick. She was clearly smitten with Lee, but the two wouldn’t start dating until March of 2018.

Because Lee Dong Wook was 13 years older than Bae Suzy, the connection sparked considerable controversy. After only four months together, they called it quits. Their agencies claim that their split was caused by their hectic schedules, which caused them to naturally drift apart.

On-Screen Chemistry with Co-Star Yoo In Na is Undeniable

Yoo In Na, in addition to Bae Suzy, is another actress who has been heavily associated with Lee Dong Wook. One of the main reasons is their on-screen chemistry.

Lee and Yoo In Na initially appeared as each other’s love interests in the drama Goblin. When they both starred in another drama, Touch Your Heart, as a couple, they reconnected once more.

Lee was praised by the actress because he was familiar and offered her a sense of security.

Lee stated in an interview for tvN’s Touch Your Heart that his co-star Yoo In Na influenced his decision to join the drama.

“One of the reasons I selected this drama is due to my trust and comfort in working with Yoo In Na,” he stated.

The actor told us that their new drama would include a different kind of chemistry.

‘Bad and Crazy’ on OCN

Yoo Sun Dong and Kim Sae Bom, the director and writer of the OCN drama The Uncanny Counter, have reportedly teamed together to work on OCN’s latest drama Bad and Crazy.

The expected release date was set for the second half of 2021, and with August halfway through, the actual announcement may not be far away.