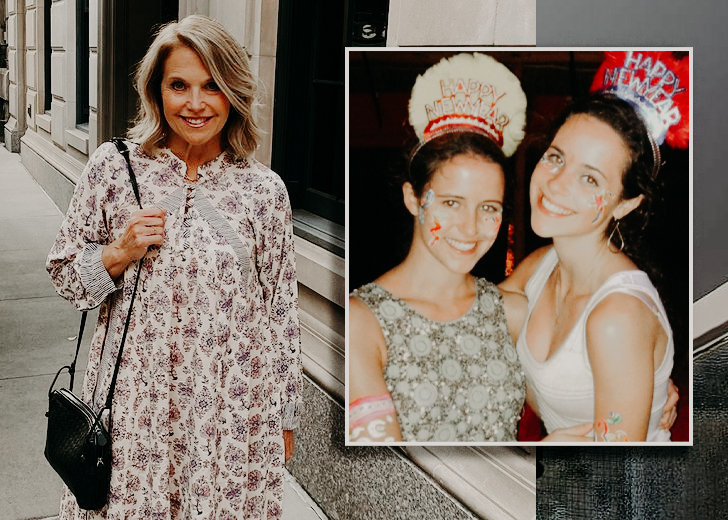 Katie Couric, the Daytime Emmy Award-winning news anchor, and television personality has had many roles in her career, but none have matched being the happy mother of her two beautiful girls.

Elinor “Ellie” Monahan and Caroline “Carrie” Monahan, both of her daughters, have grown up to be respected in their own right, and they continue to strive to be as successful as their mother.

When asked about her finest achievement in a 2012 interview with Newsday, the television star immediately thought of her daughters. She explained,

Continue reading to learn more about Ellie and Carrie, as well as how they have evolved through time.

Katie Couric and her first husband, Jay Monahan, had two daughters together.

Couric and her late husband met in Washington, D.C., while she was working as a Today journalist and he was a lawyer.

On January 24, 1989, they married in an intimate ceremony in front of their closest friends and family.

The television personality’s life flourished in both her professional and personal activities soon after they married.

Couric obtained a regular position on Today in 1991, the same year she gave birth to their first child, Ellie, on July 23.

On January 5, 1996, the couple welcomed their youngest daughter Carrie, who was born five years later.

In 1998, Ellie and Carrie’s father died of colon cancer.

When Jay was diagnosed with colon cancer in 1997, the family’s life was permanently changed. Unfortunately, after a nine-month battle with cancer, he died on January 24, 1998.

Ellie and Carrie were both extremely young when their father died.

Following his death, Couric concentrated on her career as a television host, quickly establishing herself as one of the greatest in the industry.

She married her second husband, John Molner, in 2014 while still parenting her two girls.

Ellie is a Yale University graduate.

Couric’s eldest daughter, according to her LinkedIn profile, left for university in 2009 to pursue a Bachelor of Arts degree at Yale. She went to college to study American Studies/Civilization and worked in a variety of interesting jobs before graduating in 2013.

Ellie also landed some fantastic internships, including with the New York County District Attorney’s office and HBO. Her work at HBO while her internship was positively received.

She was named one of the best interns in the history of the program.

The 29-year-old hasn’t looked back since then and now works as a prominent television writer.

After being engaged for nearly two years, Ellie and her fiancé Mark Dobrosky married on the first weekend of July 2021.

The bride wore a strapless gown with a long train and an even longer veil, while the groom wore a navy blue suit and looked dashing.

Because of the coronavirus outbreak, her wedding plans were constantly postponed. On July 6, 2021, the experienced reporter came to Instagram to commemorate her daughter’s big day with a series of childhood and adult photographs of Ellie.

In the message, Couric also mentioned her late husband, Jay, and said he would be very proud of her.

She received her bachelor’s degree in American studies and French from Stanford University in 2018. Carrie first learned about media creation while working as a research intern at Ark Media in 2013, a year before starting at Stanford.

According to her LinkedIn profile, she interned with Ark Media again in 2016, this time working on post-production for an American Experience documentary called Oklahoma City, as well as pre-production for the PBS show The Gene.

In addition to her stellar credentials, the 25-year-old has volunteered at a Parisian elementary school and served as a communications intern at the Southern Poverty Law Center.

“A countrywide pen pal program in which we match jailed LGBTQIA2S+ people and people living with HIV/AIDS with pen pals who communicate, form relationships, and participate in harm reduction and affirmation,” according to the organization’s bio.