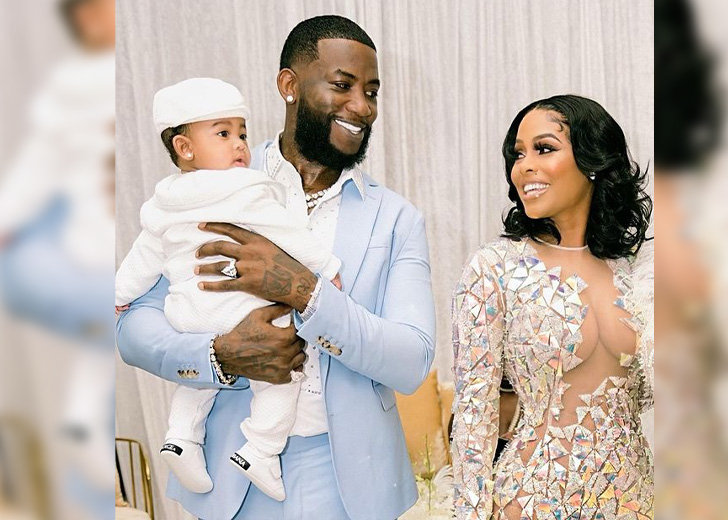 In December of last year, Gucci Mane and his wife Keyshia Ka’oir Davis had their first child together.

Ice Davis, the Grammy-nominated artist’s son, was born on December 23, according to Gucci, who shared a shot from the model’s blue-themed pregnancy photoshoot on Instagram.

Before thanking God, Keyshia posted a photograph from the same shoot and announced their son’s name.

Although the couple shares images of their infant boy with their admirers, they do not share photos of their other children.

Keyshia Ka’Oir Davis Desires a Private Life for Her Children

Days after their wedding, Keyshia appeared on The Breakfast Club in October 2017 to address a story that had been circulating.

Charlamagne asked her how many children she had throughout the interview. She confessed that she and Gucci both had children, however, she did not specify how many. She added that while she was proud to be a mother, she also wanted her children to have some solitude.

She didn’t want her two girls or son to be on social media or in the spotlight. She simply wanted them to go to school and be kids.

She also addressed the rumors.

Keyshia had three children in Jamaica before she departed to seek a modeling career in the United States, according to someone claiming to be her sister. People accused her of being a bad mother for not bringing her children to Gucci’s wedding.

To add fuel to the flames, a woman identified as Keyshia’s sister appeared out of nowhere, claiming she had not received an invitation to the wedding. After a period of silence on the subject, Keyshia stepped forward to clarify that the rumors were false.

She was asked if she had three children in Jamaica during her appearance. She confirmed that it was false and stated that she arrived in the United States when she was 10 years old, not 18 as stated on the internet.

She also said that she lacked a sister and had just three brothers, one of whom had already died. She said that she was told that blogs were hired to defame her and Gucci’s marriage, wedding, and her on the day they wedded.

When questioned if she knew who was behind it, she said that people may be bad and that it could be anyone.