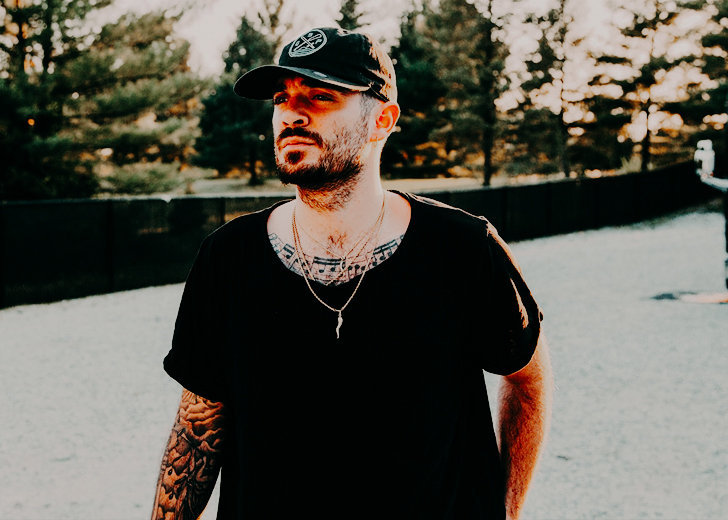 For quite some time, reports about rapper Jon Bellion marrying had been circulating the internet, but it was difficult to separate fact from fiction because all of the allegations were based on a deleted tweet.

Then followed ‘Conversations With My Wife,’ numbing yet beautiful music that gave the internet conclusive confirmation that the allegations were genuine.

Recent evidence reveals that the floating explanation was only half true and that the song was about someone other than his wife.

A Twitter account with the handle @emilyhburgett stated in October 2018 that a close acquaintance of Bellion had revealed to her that Bellion had been married since the beginning of 2018.

The message itself was ordinary, but things took an interesting turn on October 17, 2018, when Bellion reacted to Emily’s post.

Bellion thanked the user for solving the puzzle and invited the readers to return to listening to the music.

The response, to say the least, was difficult to predict. Because of the laughing emoji in the post, it was unclear whether it was an honest or satirical reaction.

Bellion’s official YouTube account published the single ‘Conversations With My Wife’ two days later, on October 19th, and even reputable outlets assumed that the rumors were real.

Bellion Turns Out to be Married, although the Rumors Were False

It’s easy to see how the assumptions were made. After all, the song is called ‘Conversations With My Wife.’

The song’s lyrics were widely perceived as an attempt to call into question the rapper’s spouse’s loyalty to him.

At first, it appears that the artist is questioning if his wife would have the same affections for him if he were not wealthy and famous.

Bellion admitted in a 2019 interview with Coup de Main magazine that the song was actually talking to his fans and following on social media. He compares “digital life” to “social media life.”

He went on to describe how social media is steadily draining energy from real life, in that individuals get carried away comparing their lives to others.

Later, the American musician ‘indirectly’ confirmed his marriage and discussed how essential his wife is in his life decisions.

Bellion, on the other hand, kept some facts about his married life and wife private, including his wife’s name and the date of their marriage, among other things.

‘Conversations with My Wife’ by Bellion has a backstory.

Bellion added in the same interview with Coup de Main magazine that, like the lyrics, he wanted to run away from the spotlight at one point when things became too much for him to handle. In that case, the musician recalled a day while touring for his record ‘The Human Condition,’ when he was particularly feeling that way.

Bellion mentioned the Human Condition tour, saying that the record was performing so well and resonating with so many people that he was doing three back-to-back tours, each one bigger than the last.

While those touring days were incredibly hectic and showed him a great life, the rapper lamented that he was also the most miserable he had ever been. He corrected this statement by stating that what he initially perceived as success was based on the perceptions of others rather than his own.

He went on to say that while the rest of the world wanted him to grow, he wasn’t ready to do so just yet.

“It’s not,” he was told, which gave birth to the song “Conversations With My Wife.”

‘Conversations With My Wife,’ according to Bellion, contained raw guitar rhythms and actual instruments, as well as a “dirty drum-fill” that was unlike anything he had done before.

He also revealed that the song was written in direct contrast to what others anticipated of him, describing it as an “anti-Jon Bellion” message and that it was more of a declaration of developing his career on his own terms.

During the Pandemic, he gave a virtual concert.

When the globe felt helpless in the face of the COVID-19 pandemic, Bellion came up with the idea of holding a virtual concert to entertain people. The concert’s purpose was to do more than just entertain people, as he revealed that 100% of the revenues will go to assist the Beautiful Mind band and crew.

On December 10, 2020, the rapper gave a live virtual concert from Cove City.