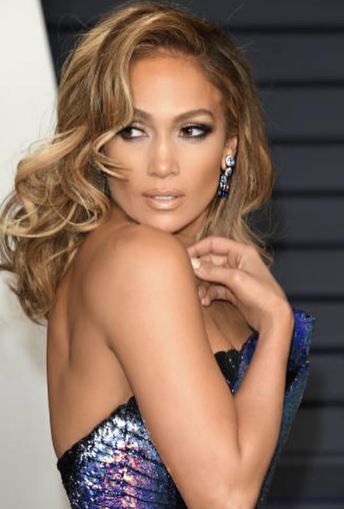 Actress and singer, Jennifer Lopez is one  of the Hollywood’s leading ladies, who’s also forged a successful pop and  music career. Jennifer Lopez was born on July of 1969 in Bronx, NY.  Her parents, Guadalupe Rodriguez and David Lopez, were originated from Puerto-Rico, and shared Latin values and culture with their family.  Jennifer grew up with her two sisters, Leslie and Lynda, each sharing a mutual love of music.

Lopez  briefly Married, in 1997, to OjaniNoa, a model and Actor. She then had a lengthy and widely publicized relationship with rapper Sean “Puffy” Combs. In December 1999, Combs and Lopez  allegedly involved in a shooting incident outside a New York City nightclub, in which three people injured. Combs charged with gun possession and bribery. He got acquisition of all charges, and soon confirmed that he and Lopez had separated.

Shortly after their breakup, which became public, Lopez began dating Cris Judd, a dancer who appeared in the video for her hit single “Love Don’t Cost a Thing.” After much media speculation, the couple announced their engagement in August 2001 and got Married in late September. Nine months later, the couple separated.

In the fall of 2002, the star began dating Actor Ben Affleck; they announced their engagement in November. Following rumors of the relationship’s demise, the couple broke up in early 2004.


In 1990, three years after graduating from high school, Jennifer Lopez won a dance competition for the Fox Television hit series, In Living Color, where she danced under famed choreographer Rosie Perez.  She was also a feature dancer with the popular boy band New Kids on the Block.  In 1993, Jennifer moved on to dance for pop superstar Janet Jackson during her “That’s The Way Love Goes” tour.

Jennifer Lopez soon turned her sights from dancing to acting.  Her first feature film role was in 1995’s critically acclaimed Mi Familia.  That same year she acted opposite to Wesley Snipes and Woody Harrelson in Money Train.  In 1996, Jennifer was cast as a teacher – Miss Marquez – in Jack, the story of a young boy with a premature aging disorder.  The film had directed by Francis Ford Coppola, and starred Robin Williams and Diane Lane.

In 1997, Jennifer earned the lead role in Selena, a biographical film on the life of latin singer Selena Quintillana Perez who had been murdered by a fan in two years earlier.  This performance garnered Jennifer a Golden Globe nomination.  As her acting career soared up, Jennifer casted  opposite with Vince Vaughn in 2000’s sci-fi thriller The Cell, and the 2002 film Enough, a chrime drama chronicle of spousal abuse.

One of Jennifer’s biggest acting roles came in 2001’s romantic comedy, The Wedding Planner.  The film hit #1 at the box office the first week of its release, and Lopez became the highest paid Latina actress to-date for her role in the film.  She quickly followed that accomplishment when she starred as hotel maid Marisa Ventura in 2002’s romantic comedy and box office hit, Maid in Manhattan.  In 2003, Jennifer co-starred with Ben Affleck in the box office bomb, Gigli, and in 2004 she co-starred with Jane Fonda in the laugh-out-loud comedy, Monster in Law.

In 2005, Jennifer Lopez revisited her roots by playing a dance instructor in Shall We Dance, a remake starring Susan Sarandon and Richard Gere.  That same year she played single mom, Jean Gilkyson, opposite Robert Redford and Morgan Freeman in the 2005 drama, An Unfinished Life.

Jennifer Lopez released her debut studio album, On The 6, in 1999.  The latin pop release containing the hit single “If You Had My Love,” went platinum in 2 weeks, and ultimately went 6x platinum.  In 2001, she released her second album, J. Lo, which debuted at #1 on pop charts.  With hit songs “I’m Real,” “Get Right,” and “Play,” her second album peaked at #1 and went 4x platinum.  In 2002, riding the wave of recording success, Jennifer released This is Me, with “Jenny from The Block,” feat. Styles &Jadakiss.  The song peaked at #3 on Billboard’s Hot 100.

In 2007, Lopez released her first Spanish language album, Como AmaunaMujer, which peaked at number one+ the U.S. Latin charts.  She found moderate musical success later that same year with her sixth album, Brave.  After a recording hiatus, Jennifer released Dance Again…The Hits, a 2012 collection of her greatest hits.  Actress followed in 2014 with her eighth studio album, A.K.A.  The album contains a mix of Lopez’s music styles, and received mix reviews from music critics.

Having multiple and successful career, J Lo sure won’t be surprising anyone with her net worth. She has a valued net worth of $380 million. The multi-talented image earns up to $38 million annually.

J Lo creates fan where ever she goes with her stunning body and beautiful complex.

Her body is further complimented by her light brown eyes and dyed brown hair.