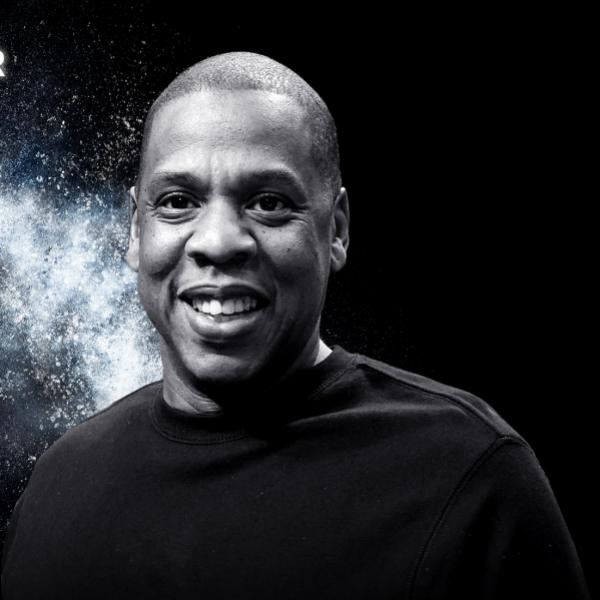 Shawn Corey Carter, professionally known as Jay-Z was born in December 4, 1969. He is an American rapper, songwriter, record producer, entrepreneur, and record executive. His followers considers him as one of the best rappers of all time. Similarly, they also sees him as one of the world’s most significant cultural icons and has been a global figure in pop culture.

Jay-Z was born in December 4, 1969 in New York City, U.S. to Adnis Reeves and Gloria Carter with the birth name of Shawn Corey Carter. He has three siblings, brother Eric, and sisters Andrea and Michelle Carter. His ethnicity is African-American. His father abandoned the family when he was only 11 and he was independently raised by his mother. During his early life, he began free-styling, scripting lyrics and tailed the music by many popular artists of the time. Regarding his education, he studied at George Westinghouse Career and Technical Education High School, Eli Whitney High School, and Trenton Central High School.

Jay-Z married the love of his life and the queen to many, Beyoncé. The couple rang the wedding bells in 2008. Both Jay-Z and Beyoncé are prominent figures in the music industry and them joining forces is overwhelming to calculate based on its immensity. The Carters have a lot of power in their hands but are grounded and like to stay as a normal family with love and trust.

Previously, he dated American personality, Carmen Bryan in the year 1996. Later on, he has dated Lil’, Kim. The two rappers were romantically linked to each other from 1998 to 2000. He had a short relationship with singer Aaliyah in the year 1999. She died two years later, after that. He had a fling with actress Rosario Dawson in the year 2000. He then met Trinidadian and Tobagonian glamor model during Big Pimpin video shoot in 2000. They dated for a year from 2000 to 2001. Fans assume that he is the father of Shenelle’s child, Isa Jael. Again, he had an affair with Blu Cantrell on 2001.

Jay-Z and Beyoncé have a total of three children; Blue Ivy Carter, Rumi Carter and Sir Carter. Blue was born on January 7, 2012, she became superstar baby before the Carters had a chance to photograph her. The twins Rumi and Sir Carter were born in late 2017 and have a separate fanbase worldwide.

Jay Z started his career by creating Roc-A-Fella Records with Damon Dash and Kareem Biggs in the year 1995 by selling CDs out of his car. His debut album Reasonable Doubtreleased in 1996. The rapper then released his follow-up In My Lifetime, Vol. 1. Produced by Sean “Puff Daddy” Combs. Then, he released Vol. 2… Hard Knock Life in the year 1998. With all those album launches, He released Vol. 3… Life and Times of S. Carter in the year 1999. The rapper stayed busy during his growing times and released The Dynasty: Roc La Familia in the year 2000.

From the year 2001 to 2005, he sold a large number of duplicates of his well-known records including ‘The Blueprint’, ‘The Blueprint2: The Gift and the Curse’ and ‘The Black Album’. The Blueprint, launched in 2001 is one of his best collections and components the hit singles, ‘Jigga That Nigga’, ‘Young ladies, Girls, Girls’ and ‘Tune Cry’.In 2002, Jay-Z worked with Beyonce in the melody, “03-Bonnie and Clyde,” and additionally she hit single, “Insane in Love,” and “That is How You Like it.” He showed up in a few Beyonce performances.

Furthermore, Jay-Z collaborated with rock group Linkin Park, in which they released their collaborative remix EP Collision Course in the year 2004. In 2005, he advanced New York’s Power 105.1 yearly show, ‘Powerhouse’. In 2006, he took control over the urban garment brand, ‘Rocawear’, which he later sold to the Iconix Brand Group for an incredible $204 million. He then discharged his tenth collection, ‘American Gangster’, offering one million duplicates in the United States alone, in the year 2007. Jay-Z advanced various music celebrations including the O2 Wireless Festival, the Hove Festival, and the Roskilde Festival in 2008. On 8th September 2009, Jay-z  released collection ‘The Blueprint 3’ was highlighted in various mainstream music charts. Then, he went on and album tour after the release and success of the recently launched album.

In 2010, he teamed up with Rihanna, Bono and The Edge to release the track, “Stranded” for the ‘Desire for Haiti Now’ finance raiser. In addition, he released his studio collection, ‘Magna Carta Holy Grail’ in July 2013.On 6th June 2018, he and Beyoncé kicked-off the On the Run II Tour in Cardiff, United Kingdom. After ten days at their final London performance, the pair unveiled Everything Is Love, their much-awaited joint studio album, credited under the name The Carters. They also released the video for the album’s lead single, “Apeshit”, on Beyonce’s official YouTube channel. The song won two awards from eight nominations at the 2018 MTV Video Music Awards.

The net worth of this famous singer is surely in millions as he is one of the very popular singers worldwide. He has a net worth of $900 Million as of 2018. He is earning a good amount of money from her work but his exact salary has not been revealed yet. There is no doubt in the mind of his follower that he is earning a considerable amount of salary from his work.

Who Is Andre Iguodala’s Wife Christina Gutierrez? Married Since 2015, Any Children?