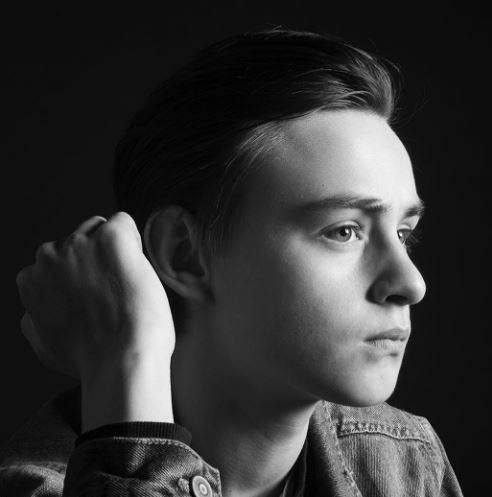 If your one of those people who watches a lot of horror movies and loves getting thrilling experience. Then you must have heard about Jaeden Lieberher.
After his role in IT: Chapter One, a super hit movie of 2017, he received fame and attention. he might be one of the most popular actors of his age. Born on 2003, he didn’t go to acting school but still managed to make a fruitful career.

On January 4, Jaeden was born go his father, Wes Lieberher and mother Angela Martell at his birth place Philadelphia, Pennsylvania. His age is 16. However, he moved with his mother to Los Angeles where he started his acting career. He is closer to his mother as she has supported his acting career from day 1. Moreover, he also has 3 siblings who were named Sydney, Jovi and Hayes. Besides acting, he also has love for skateboard.

Is Jaeden Lieberher Dating Anyone?

Jaeden sure has grabbed attention from his career. But why wouldn’t he? He is charming and has a shy-personality. Surely, the girls of his age must fancy him. However, do you think he is dating anyone?

Fans have kept a close eye on Jaeden’s love life. In 2016, fans noticed him being a little too close with Lilia Buckingham, a dancer. The rumor of their relationship surfaced when Lilia posted a picture with Jaeden on his birthday back on 4 January 2018. Although it was just a rumor, we wished they were together as they made a cute couple. Jaeden is a single boy for now and is focusing on his acting career as he has big things coming his way.

The charismatic boy started his acting career with TV roles apparently. He debuted for the Hot Wheels commercial followed by Google, Moneysupermarket.com, Liberty Mutual, Hyundai and much more. However, his first major film role was in St. Vincent alongside Bill Murray.  His performance impressed Bill Murray so much that Bill later recommended Jaeden to Cameron Crowe for the film Aloha.

Moreover, he has had a brief appearance in TV shows such as American Dad, Masters of Sex amd Defending Jacob.

Furthermore, in 2016, he played a role for the movie Midnight Special, Jeff Nichol’s much acclaimed film. Moreover, in 2017, he gained mainstream popularity when he appeared in the supernatural horror film titled It: Chapter One. His performance left his fans thrilled and hungry for more. In addition, Fans will be excited to know that he is playing for the sequel to the movie It and upcoming adventure film, Ture Adventures of Wolfboy and Knives Out.

Jaeden has been a familiar face when it comes to horror movies. He has a lot of fan followers who were moved by his performance. He has a huge number of followers on his social media accounts. Don’t believe us? Well he has over 2 million followers on Instagram, and over 240k followers on Twitter.

How much is Jaeden Lieberher salary from IT?

After knowing his career, you for sure must have believed Jaeden is a remarkable actor. Did you know he received $100k for his appearance in IT. Moreover, you will be shocked to know as the salary has nearly tripled as he is getting paid a whopping $250k for his role in the sequel. In addition, the rising actor has an estimated net worth of $4 million.

The lady charmer has a height of 5 feet and 7 inches and a body weight of 55 kg. Moreover, his chest measures 36 inches, Waist measures 28 inches and Arms measures 11 inches. The boy has a shoe size of 6(US), and a Green eye color and Dark Brown Hair color.