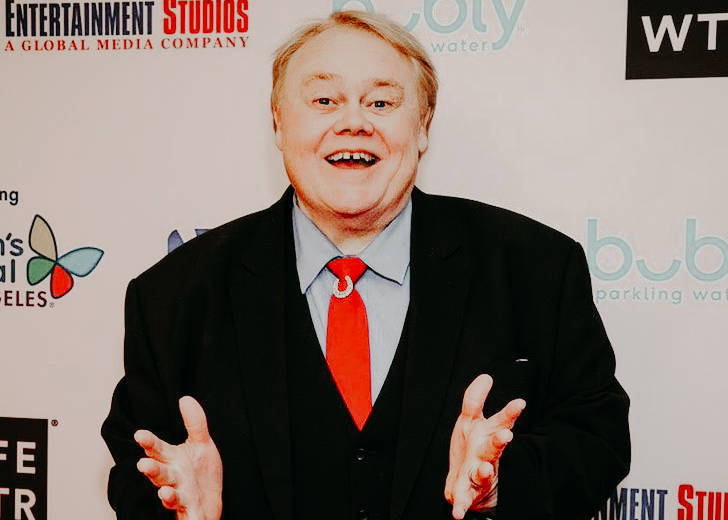 Louie Anderson worked his way up to the height of fame as a veteran humorist from being a young man who did a different job. But when he finally indulged in the comedy field, he invested over three decades in the entertainment industry.

Now, learn how his early career turned out and find what led him to be successful in comedy. Also, find why fans on the internet have been asking, “Is he alive?”

Born to Louis William Anderson and Ora Zella Anderson, Louie had a hard childhood in Minnesota. He and his ten siblings had to live with their abusive father.

When Anderson turned a young man – probably influenced by personal experience – began to work as a career counselor to troubled children. However, his career track changed soon after winning the first-place trophy a the 1981 Midwest Comedy Competition.

No sooner, does Anderson finds himself wrapped up in comedy shows. He crafted comedy routines that revolved around his childhood experiences and family members. Interestingly, his sets resonated so well with the audiences that it gave them helpless fits of laughter.

Anderson affirmed how his family and troubled childhood experience gave him enough materials for his comedy gigs during an interview with Variety. He stated:

Louie Anderson’s TV Debut was on ‘The Tonight Show’

Henny Youngman, the Midwest Comedy Competition host, recognized Louie’s raw talent and took young Louie under his wing as a writer. Not long after, Louie found his spotlight on comedy stages all across the country.

It wasn’t until 1984 that Louie first appeared on-screen. Johnny Carson, the then host of The Tonight Show, invited the Minnesota native for his TV debut.

After his first time on the legendary talk show, Louie took up the pace and made numerous appearances with Jay Leno, David Letterman, and The Late Late Show with Craig Ferguson.

Comic Relief, Showtime, and HBO specials followed, and eventually, Louie starred in film comedies like Coming to America opposite Eddie Murphy, and the classic Ferris Bueller’s Day Off. He also appeared on several TV shows since.

There have been numerous rumors running on the internet that have tried to explain how Louie Anderson died in the past. One of the prominent rumors is that he died in 2009 during a gastric bypass procedure.

Another is that his death occurred shortly after he left the Family Feud. Some also claim that he died when he was still hosting the show The Price Is Right.

But the truth is that the veteran comic is still very much alive and kicking. As a matter of fact, he is still doing shows: the first pop-up that comes from his official website will ask if you would like to know when his next show will be.

Why did the Death Rumors Originate in the First Place?

Unless you believe in the Mandella effect, Anderson’s fans may be aware that he didn’t appear prominently on-screen between the time he left Family Feud in 2002 and started acting on Baskets and Funny You Should Ask post-2016.

Therefore, it is highly likely that the fans who had a habit of seeing him regularly got into hoaxes ann rumors once Anderon’s public presence diminished.

People who have had memories of Anderson’s death might have seen internet death hoaxes that have been going on for ages.

On September 28, 2020, Louie took to his Instagram to remind his fellow American fans and followers that the time to exercise their fundamental democratic role of voting was closing in. The Instagram post featured the beloved comic flaunting the proud American flag on his hat.

Considering the current global crisis, the comic also wore a black face mask with “VOTE” written in white. Alongside the patriotic snap, the comedy veteran expressed that he felt privileged to live in a democratic country.

He also announced to his forty-eight thousand strong followers that he would be glad to assist if anyone needed help voting.

The post came just a few days before the first 2020 presidential debates took off.

Like the adorable comic, we Hollywood mask also urge you to exercise your voting rights in the coming election.