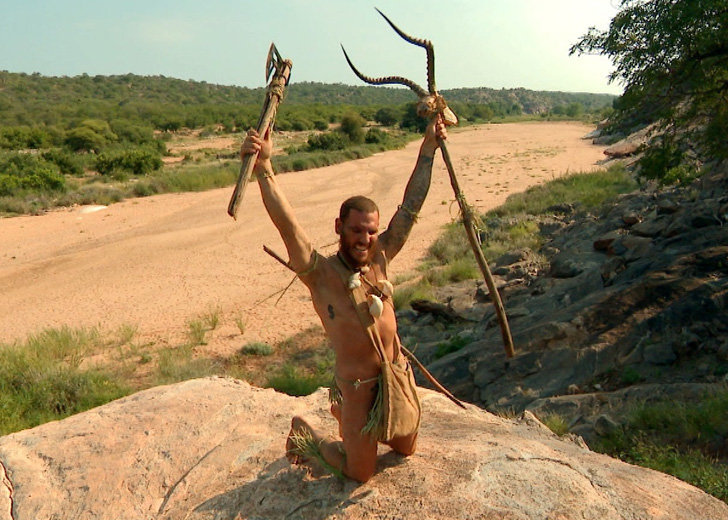 Now it appears that the channel is branching out into the world of dating shows. It has ordered Naked and Afraid of Love, a new dating series that combines romance with nature, entertainment, and adventure.

Naked and Afraid of Love is a spin-off of Naked and Afraid, which follows two people who are thrown into an unknown area with no clothes and minimal resources and must try to live.

Naked and Afraid of Love demands contestants to endure the harsh elements of the wilderness while attempting to match romantically with other contestants, as you might have guessed from the title.

The date for the release of ‘Naked and Afraid of Love’ has been set.

The Wrap reported about Discovery’s new dating game show earlier this month, revealing that the reality series would premiere by the end of the year.

However, on August 10, Discovery announced that the episode would be available on the channel’s streaming service, Discovery+, beginning August 22.

Fans of Naked and Afraid who enjoy reality dating shows will likely enjoy this episode.

Participants in the Show

Eight single women and eight single men compete on the show. Three competitors who appeared to be in a love triangle were revealed in the show’s first look, which was released by Discovery Channel. Bennett Murphy, Candice Liang, and Britt Whitmire were their names.

Discovery, on the other hand, has already made all 16 contestants public on their website. They are firefighters, computer engineering students, surf instructors, social media marketers, couriers, photographers, and life counselors from a variety of professional backgrounds.

Audiences will be able to see the following locations:

Despite the fact that the location has not been announced, it is evident from the video and reports that the 16 competitors will be sent to an island where they will have to apply their survival abilities while looking for love.

Naked and Afraid, the original show, transported contestants to every continent except Antarctica because they couldn’t survive naked there.

According to The Wrap, the setting of the dating program was “an incredible tropical paradise.” If the show is a hit and is continued for many seasons, it has the potential to become a global adventure that takes lovers and audiences all over the world.

When the first look at the new dating program was revealed on Naked and Afraid’s Twitter page, it looked that fans of the previous show were not impressed.

Many of them were critical of the spinoff, believing that it was detracting from the original show. “You will lose viewers if you fall as low as the reality shows that cater to folks deprived of romance in their own lives,” one fan wrote.

For the time being, all we can do is wait and see if Discovery can genuinely disprove these fans.