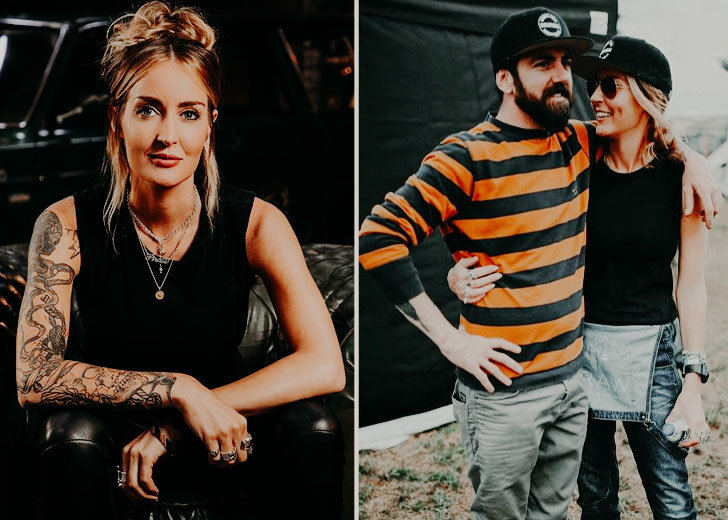 Stanley has been linked to her co-star Anthony Partridge since her appearances on the show. And these weren’t illogical reasons. Her relationship with her TV partner appeared to be more than simply professional, as they vacationed together and became involved in each other’s families.

Let’s start with her blog, which is hosted on a self-titled website called Helenstanleyofficial. She introduced Partridge as her co-conspirator in the blog post The Podcast is Here! She also teased him about his driving skills by calling him her “co-hoon from Goblin Works Garage.”

If her statement in which she referred to Partridge as her “partner-in-crime” wasn’t enough to establish that he was her lover, her subsequent relationship-affirming responses were.

She shared an Instagram photo with Partridge in May 2020. She described him as “a superb bike designer, constructor, and racer” in the caption. The post’s comment area was filled with beautiful messages from followers who adored the two. Among the comments are: “You two are a pair,” “You two are a couple. “You two form a gorgeous couple!” and “That’s fantastic!”

The racer did not respond to the prior comments, but she did respond to some of the others.

Tim Heroux, one of the fans, wrote: “You two are fantastic together and make a wonderful couple! I’m thrilled to be following you two! “. Stanley thanked him for following them after he loved the comment. When another fan called Olly Von B wrote, “love is in the air,” she gave a thumbs up.

A compliment from a fan named Pedroitsavan was also appreciated by the classic car customizer. Not only did she appreciate his comment, but she also expressed her gratitude for him. This was the comment:

Stanley’s nice act of thanking her admirers for admiring her and Partridge’s connection verified their relationship status.

She claims to be married to automobiles.

A fan-favorite duo is Stanley and her lover, Anthony Partridge. They’re packaged in a way that makes their followers wish they’d marry.

For example, a fan named Olly Van B urged they become husband and wife from dating partners in Stanley’s Instagram post. “Think these two petrolheads should be married,” he wrote.

Stanley, on the other hand, expressed her feelings about marriage by stating that she was already married to her automobile.

A satirical approach, but the response underlined that the racer had put her career over getting married for the time being.

That isn’t to say her connection with Patridge isn’t strong. Their friends referred to them as “a favorite power couple” in the same post. Stanley and her partner both expressed their deep gratitude for the compliment.

In summary, Stanley is content with her relationship with Partridge. Despite this, she appears to be avoiding the subject of marriage at the moment due to her emphasis on her job.

Boyfriend of hers Daughter is 21 years old.

Anthony Partridge, Stanley’s partner, is already a parent. He has a 21-year-old daughter named Maddi Long, although it’s unclear if he was previously married.

Partridge is a motorbike and automobile builder that works as a presenter for Goblin Works Garage.

He has been on the show since 2018. He was born in the United Kingdom and raised in Canada. His daughter, on the other hand, travels about and lives in a van.