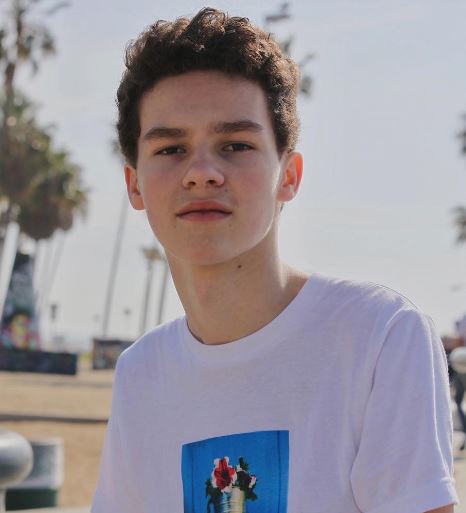 A social media sensation actor, rapper and singer, Hayden Summerall rose to fame with the help of his brilliant cover songs. Moreover, his charming voice and inherent talent is a rare gem. Hayden is one those stars who has brought a change in the online community, proving that age nothing but a number. The singer’s cover of the song ‘Goodbye’ is one of his most beautiful cover songs.

Hayden Summerall is also active on social media sites. He has a fan following of 2.7 million on his Instagram and 369 thousand followers on his twitter. Furthermore, he also has a YouTube channel with 986k subscribers where he posts his songs and personal vlogs.

Who is Hayden dating?

Hayden is quite young and not ready for dating at the moment. He put’s all his energy and focus on his career for now. Despite this, fans have linked  with numerous girls. A YouTuber named Lauren Orlando was the first to be suspected of being in a relationship with Hayden. However, both of them remained quiet about the topic. After that, rumors about Hayden dating actress and dancer Ruby Rose Turner surfaced in 2016. Summerall paired up with Nadia Turner in 2016 and dancer Mackenzie Zielger and Annie LeBlanc in 2017. Eventhough all these talks about his personal life arise, Hayden has remained tight lipped about it.

How much is Hayden Summerall worth?

Hayden Summerall had a very keen interest in singing since a very young age. He started his career in music by singing cover songs and posting it on his YouTube channel. In 2015, the singer posted a cover of Jake Miller’s ‘Goodbye’ which gained a lot of viewers and was a hit. In the same year, he made his TV debut through the show ‘Sneaky Pete’. Eventually, he became a YouTube sensation and gained a huge fan following. Furthermore, Hayden has collaborated with Annie LeBlanc for the cover of Alex & Sierra song “Little do you know” which went viral pretty quick in 2017. Along with that, he also starred as TK in TV series ‘Chicken Girl’. The singer released his debut single titled “Smiles for you” in 2018.

Summerall earns a majority of his wealth from his YouTube videos.  The YouTube star’s cover songs has achieved a lot of views.  Moreover, many brands also sponsor his videos. Consequently, Hayden has total views of around 38 million on his YouTube channel. He also earned a considerable sum of money from his acting career. As of 2019, Hayden’s net worth is $500 thousand.

Hayden Sumerall was born to parents Jimmy and Tisha Summerall in the year 2005. The YouTube sensation was born in Dallas, Texas and celebrates his birthday on April 4th. For siblings, Hayden has three elder brothers named Dylan, Jimmy and Hunter, together they are called the Summerall brothers. Furthermore, Hayden is homeschooled due to his hectic schedule.

The 14 year old singer is 5 feet 6 inches tall and has a weight of 45 kg. In addition to that, he has slim body with brown hair and dark brown colored eyes.