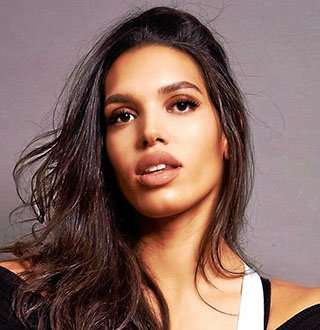 Castro, a softball player for the University at Albany, shared the birth of their infant child on Instagram on March 3. The infant gripped Castro’s index finger in the post’s image.

Several of her fans and acquaintances immediately congratulated her and her spouse.

One of my followers said, “Congratulations. God’s blessings on you both and your parenting journey.”

She chose to keep the baby’s specifics private, refusing to say whether the child was a boy or a girl or what his or her name was.

Additionally, Castro’s spouse Springer, who has a more extensive fan base, hasn’t even announced the birth of his child on social media or any other platform.

Castro and her professional baseball player husband have been together since they first ran into each other while she was competing in an international softball match.

“I’m not sure if it was because we both had comparable athletic backgrounds or if it was his humor that won me over,” she said on her initial impression of Springer.

“I felt pretty fortunate in any case. He continues to say that I made him gasp, “Added she.

On their trip to San Jose del Cabo, Mexico, in December 2016, Springer romantically proposed to her, and they later became engaged.

Her partner had planned the romantic scene, getting down on one knee and writing “Will You Marry Me” in the sand to pop the question to her.

In December 2016, during the Houston Astros Radio broadcast at Pluckers, Springer confirmed his engagement to Castro. Later, the Astros tweeted a picture of Springer’s request, which his supporters overwhelmingly well received.

The couple decided to advance their relationship after the engagement. They exchanged vows at The Resort Of Pelican Hill in Newport Beach at the beginning of 2018.

Her wedding ceremony was all a bride could have hoped for. She wore a princess-like white mermaid-style gown with lace as she made her way to the altar while the Game of Thrones theme music played.

On May 13, 1992, Charlise Castro was born in New York. She has a brother named Andre and is the child of Jenelle and Angel Castro.

Castro, who was born in Saugerties, is a charming 5 feet 10 inches tall and of white ethnicity and American nationality.

She led the softball team in 2010 while she attended Kingston High School. She excelled in sports and the classroom, in addition to both.