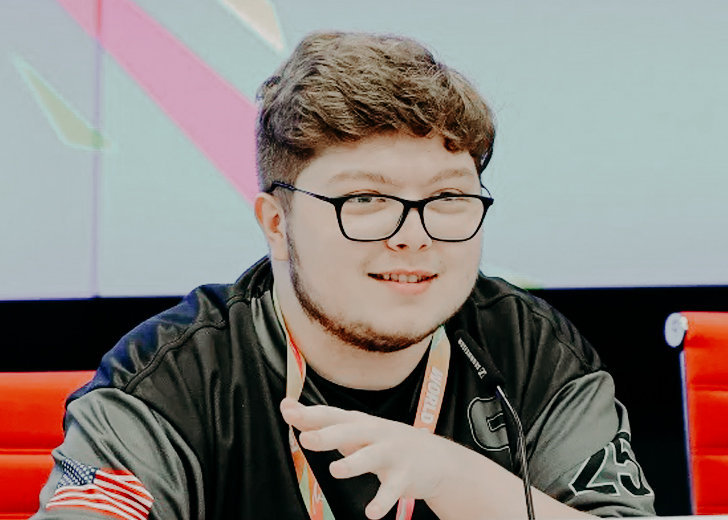 Streamer Aydan ‘Aydan’ Conrad, also known as ‘Ghost Aydan,’ has a partner who shares his taste in music.

Conrad’s girlfriend not only joins him in his personal life, but also in his work life. She works as a Twitch streamer full-time and has appeared in his YouTube videos and Twitch streams.

Valentine’s Day with Aydan Conrad and his girlfriend (Source: Twitter)

Aydan Conrad met his girlfriend for the first time in an airport.

Conrad is currently dating Danielle Sweets, whom he met in an airport, according to Conrad.

While presenting his fiancée in a 2019 YouTube video, the YouTuber revealed that he met Sweets while flying for a tournament. In the Chicago airport, the two were sitting at a Starbucks.

The streamer stated calling Sweets at the airport to meet up beforehand, implying that the two had met before. Sweets denied that the encounter was a date, but her lover argued that it was because she made an effort to meet him.

He also mentioned in the same video that they started dating in July “of last year,” i.e. 2018, though he didn’t specify when. As of this writing, the streaming couple has been together for around three and a half years.

Aydan and Dani share their home with their two dogs.

Conrad and Sweets’ relationship has progressed significantly since their first airport encounter—they now share a home.

The streamer and his girlfriend have two puppies, Bambi and Thumper, according to several of their Twitter tweets. Thumper appears to be a new acquisition, as the streamer stated in a YouTube Q&A video from 2019 that he was “not ready” for two dogs at the time.

The pair also admitted that when Bambi was a puppy, he was the source of their many quarrels. Furthermore, none of them could afford to raise two dogs at the time, both monetarily and in terms of time.

Taking care of a small puppy, understandably, required a significant amount of effort and dedication in addition to their already hectic schedule. Adding second dog meant that all of those efforts would be multiplied by two. Regardless, the pair managed to see past all of that at some point and opted to buy another pet anyway.

Danielle Sweets, too, is a Twitch Streamer!

Sweets is a Twitch streamer who plays Rust, Minecraft, Call Of Duty: Modern Warfare, and, most notably, Fortnite. Her Twitch account states that she began playing video games when she was five years old, when she received a Nintendo DS.

Her Twitter account also features the flags of Cambodia and Vietnam, implying that she is from one or both of those countries.

Moving on, since Sweets and Conrad are both Twitch streams, they’ve run into each other on multiple occasions. Conrad once admitted that their full-time streaming job made it difficult for them to raise their dog, which resulted in multiple conflicts.

Despite this, Sweets is always supportive of her boyfriend’s professional endeavors, and Conrad has made cameos on Sweets’ YouTube channel through challenges and Fortnite streams.