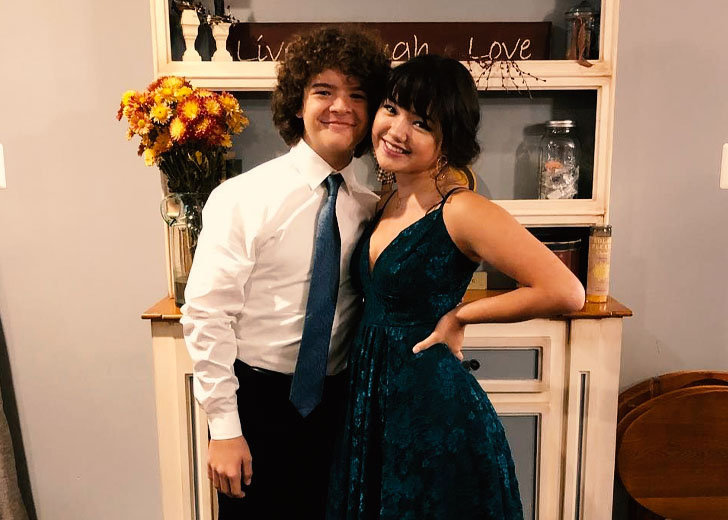 Gaten Matarazzo has been dating Lizzy Yu, his Stranger Things co-star, for three years. They fondly remembered their experiences together as they celebrated their third anniversary on March 5, 2021.

Matarazzo refers to you as his sunshine.

Matarazzo has used Instagram on the past two anniversaries to wish Yu extremely emotional thoughts.

This year’s photos are similarly frank, demonstrating how at ease they have become with one another.

This time, three photos were uploaded. The first is a sun-kissed selfie of Yu, followed by her shying away from a cheeky snap while eating, and then a funny one of them together laying down with some clay mask on his face.

Yu also shared a sweet photo of herself in Matarazzo’s arm, laughing for the camera while he smiles at her. She thanked her partner for the last three years and declared him her favorite person.

On her birthdays, he has also been posting images of her and wishing her the best. Needless to say, the couple has maintained their adorableness and romanticism.

Yu Is Also Getting Into Acting

Yu is an 18-year-old libra who was born on October 5, 2002. Matarazzo and she went to the same high school and prom together.

She, like Matarazzo, aspires to be a musical theater performer. Her performance with the Pinelands Thespians has been praised. They won a theatrical competition conducted on the stage of Montclair State University thanks to their outstanding performance.

Yu is also adored by Matarazzo’s family. The actor stated that his brother and sister got along swimmingly with her.

Matarazzo is most recognized for his role in Netflix’s Stranger Things as Dustin. Fans of Les Miserables will recognize him as Gavroche in the 2nd Broadway revival of the musical.

The 18-year-old also sings, utilizes his platform to raise awareness about cleidocranial dysplasia, and even founded an organization to assist youngsters with the condition, all of which distinguish him as a promising figure that many people recognize and admire.