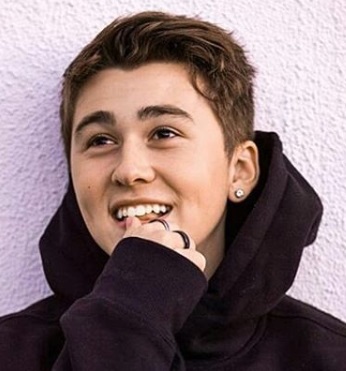 If you are a big fan of television series than you will definitely be familiar with the name Garren Stitt. He is an American actor who has played many series and short films at a very young age. People started noticing his work when played roles in famous series like General Hospital and Andi Mack. Besides these, he was also nominated for the Daytime Emmy award.

Garren Stitt Net Worth and Career

The young talent started his career as an actor in 2011 with short movies and a supporting role in television. But 2013 turned out to be his lucky year, he was cast in many movies like Love triangle, Bukowski, No Ordinary Hero, and The SuperDeafy Movie. Those movies played a vital role in his acting career and later he got an opportunity in Disney Channel’s famous serial Andi Mack.

In 2017 Garren was nominated for Daytime Emmy Award for his outstanding performance as Oscar Nero in General Hospital.

Despite having an acting career, he also has a music career under name Garren Lake. He released his music on Spotify in 2018. Some of his famous songs are Clout, Streaks, My Chain and etc.

Garren is just a young teenager of 16 years old. Meanwhile, he is busy focusing on his acting and music career. He definitely has a personality and looks which is hard to ignore. His innocent face and cool dress up can blow the mind of many girls. His acting and singing skill have already made him win many hearts. He is also very popular among teenagers and some praise him as their ideal.

He seems pretty reserve when it comes about sharing his personal life in media. Either he is single or he is keeping his relation in private.

The actor was born on 21 January 2003 in Alexandria, Virginia, United States of America. He is 16 years old and his birth sign is Aquarius. Garren stands at a height of 5 feet 8 inches tall and belongs to American nationality.

His mother Yvette Lake raised him. He also has an elder brother Gabriel Stitt. Yvette is the first person to recognize Garren’s talent and support him to become the star who he is today.

The young talent attends Taft Charter High School in Los Angeles. He started his acting career at the very young age of 8 years old with short movies and minor television. Besides his acting skill, he also has a singing skill which he started at and surprised his fans.