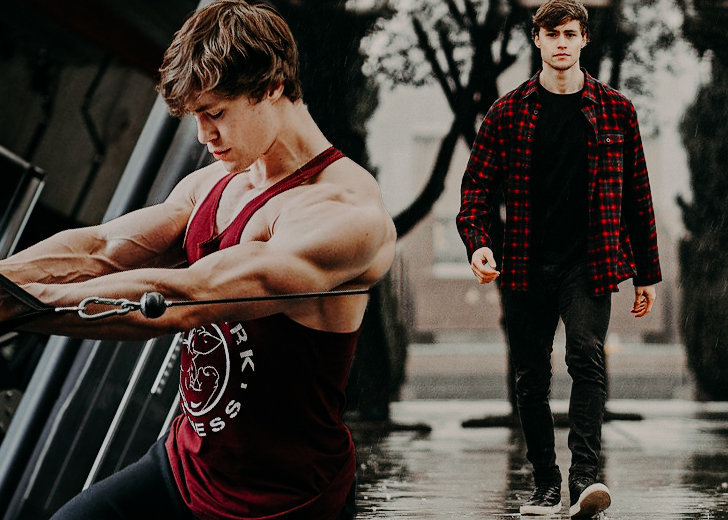 The fitness model, David Laid, faced constant bullying during his teenage years. Almost everyone bullied him due to his skinny and nearly-emaciated look. But, Laid didn’t let the torments weaken him. Instead, he morphed the mockery into motivation and began to work on his muscular development. He eventually gained an incredible physique.

Get acquainted with the whole story, and also his before and after physique!

David Laid Bullied For Being Too Thin

David Laid had a difficult childhood. When he was just two years old, he lost his father. After the incident, he and his mother, Nino, moved to the U.S. But moving into a new place with no father only made his self-confidence low.

There, his diet habit also deteriorated. Laid regularly skipped meals. As a result, he became lean and skinny. So much so, he was the lightest player on his hockey team, and his coach called him ‘chicken legs.’

Slowly, the weight issue became a constant topic for bullying.

Things became extra complicated when Laid got diagnosed with Scoliosis—a sideways curvature of the spine—at the age of 14. However, the model consulted a physical therapist and began lifting light weights. He weighed just 90 pounds at that time. But, despite all the tries, his body shape didn’t change much, and the mockings continued.

Laid tried to gain weight through his physical therapy for Scoliosis. However, that didn’t work. As a result, the fitness model felt fed up and started searching for ways to build muscle on YouTube.

He found several body transformation videos on YouTube. By self-admission, he not only took motivation but also noted the tips/procedures to gain muscles through the videos. He also joined the gym and focused entirely on building up his body.

As Laid was only skin-and-bones before, the workouts showed a huge impact on his body in a short time. He gained muscle, and the growth encouraged him to do more exercises and lifting. Following just three years, he made a substantial weight transformation —he weighed almost 190 pounds.

His transformed physique startled all the people that knew him and the bullies that tormented him.

Even though the bullying ended and his self-confidence grew, Laid continued to go to gyms and lift weights. He even created a self-titled YouTube channel and started providing tips and instructions to help people achieve a great physique. Due to that, his popularity grew.

The growing popularity over social media and the fitness realm brought Laid several brand endorsements. On November 13, 2019, he collaborated with Euphoria to launch his pre-workout product named Euphoria Pre Workout.

As of now, the powerlifter plus fitness model relishes his popularity and uses it to influence others who were just like him in the past. He has more than a million followers on his Instagram and also YouTube.