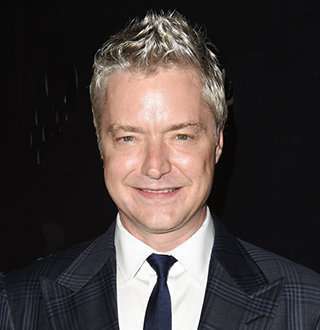 Chris has wanted to be a musician since he was a child. With a trumpet in hand, he went on to experience music to its core and acclaimed worldwide recognition after leaving high school. Despite his professional success, he has yet to locate his ideal life companion.

Christopher Botti is a well-known trumpeter and composer from the United States. His Grammy-winning album Impressions (2013), his Grammy nominee record Italia (2008), and his live album Chris Botti In Boston have all made him famous throughout the world (2010).

The Oregon native rose to fame after recording the Night Sessions CD, establishing himself as a great musician while providing audiences with a unique musical experience, combining jazz and pop music in a never-before-heard combination.

Chris had a passion for music since he was a child.

The Grammy-winning artist was born in Portland, Oregon, on October 12, 1962. After his parents temporarily relocated to Italy, he spent two years of his boyhood there.

Chris enrolled in Mount Hood Community College when he was 17 years old, transferring from his high school to finish his final year credits and play at Portland clubs in the evenings.

Chris went on to Indiana University School of Music to study trumpet with Bill Adam and jazz with David Baker after graduation. This paved the way for Chris to pursue his dream, which he did.

Chris left Indiana University during his senior year to tour with Frank Sinatra and Buddy Rich for a few months. In 1985, he relocated to New York to begin his studio career.

Chris then went on to tour with Paul Simon, a famous American singer, and songwriter, for a decade beginning in 1990, where he learned about recording and had the opportunity to collaborate with world-famous musicians such as Aretha Franklin, Natalie Cole, Bette Midler, and others.

Chris’s Net Worth: How Much Is He Worth?

Chris is said to have an estimated net worth of $8 million as a result of his artistic profession as a musician, namely as a trumpeter.

His countless worldwide tours and multiple blockbuster albums have contributed greatly to his total net worth, which appears to be expanding year after year.

Despite multiple relationships, Chris has never been married or ‘wife.’

Chris Botti is a dashing young man with incredible silky trumpet talents; girls are certain to fall in love with him. Despite dating a slew of B-town beauties, the award-winning musician has never married.

Chris did, however, have a romantic involvement with American journalist Katie Couric in 2004.

However, their love did not endure long, and Katie married John Molner, a financial manager, a year later.

Chris was also seen romancing Lisa Gastineau, a reality TV star, in the same year, however, their relationship terminated owing to personal disagreements.

Chris also dated Brandi Glanville, a reality television celebrity, in 2012, who later said of Chris in her Bravo blog the same year:

Despite dating a few celebs, the brilliant musician does not appear to be keen to marry. It could be because he prioritizes his profession over marriage and having a wife.

As a result, Chris’ fans and followers may have to wait a little longer to see him start a family.