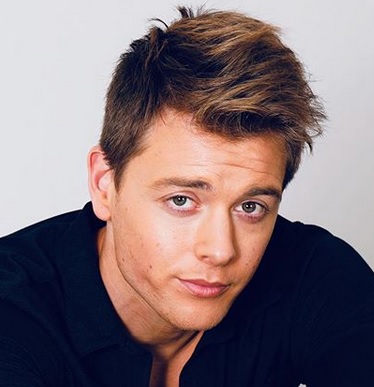 Who is Chad Duell?

Chad Lewis Duell famous as Chad Duell is an eminent American actor. Further, he is an active actor actively working on the acting industry from around 2008 top resent. Moreover, he is famous for his role as Michael Corinthos on the American soap opera General Hospital from which he earned two Emmy Awards Nominations. Additionally, he is also popular for appearing in the third season of the Amazon original series The Bay.

The talented and brilliant actor Chad Duell first came into this world on 14th September 1987 in Chicago, Illinois, United States. Currently, he has completed his 33 age of life as of 2020. Further, he is an American citizen and belongs to South German ancestry. Talking on his family background, he hasn’t revealed his parent’s and siblings’ details.

Discussing his educational history, he attended Mountainside Middle School and later joined Desert Mountain High School in Arizona. He used to play football and participate in the theater program. Then he dropped out and started to began his career in acting.

The handsome hunk actor Chad Duell is currently dating bold and beautiful actress Courtney Hope. The couple started dating somehow in 2016 and are still together enjoying their romantic relationship in 2020. They haven’t married or engaged yet and also haven’t welcomed any children.

Besides talking on his past lovers, he once proposed his nine months girlfriend Taylor Novack in August 2011 on Disney World. Later they tied a knot on 15th September 2012 in a private ceremony. Unfortunately, in late 2012 they separated and divorced. They separated soon in the same year but the main reason behind their divorce is unknown. Further, he dated Kristen Alderson in 2012 and broke up after 3 years togetherness.

Discussing his career he began acting in 2008 by appearing as minor ole of Holden in Disneys hit sitcom The Suite Life on Deck. Then in the same year plated as the minor role of Ronal Longcape Jr on another Disney Series The Wizard of Waverly Place. Then after on March 10, it was announced that he would replace Drew Garrett in the role of Michael Corinthos on the popular series General Hospital from which he rose to fame in a short time. Similarly, after that he appears in Youth Pastor Kevin(2012), The bay (2017), Lethal Admirer (2018), and Arrow (2020).

Likewise, he has also won awards for his excellent performance in different TV series and programs. Some of his significant awards and nominations  in his career are:

Heading to the wealth, the estimated net worth is approximate;y $500 thousand U.S. which he collected from his successful career in acting.

In the context of physical appearance, he has a slim body structure. Further, he stands at the height of 6ft 0inch and weighs around 76kg. Moreover, he has a pair of green eyes and blonde colored hair. He has a straight sexual orientation.

Is Chad Duell connected to any social media?