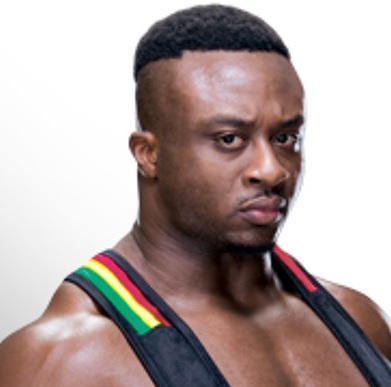 Big E Langston famous as BigE is an   American professional wrestler, former powerlifter and American football player. Currently, he is signed to WWE by the ring name Big E in which he is performing on the Smackdown brand. He is an active wrestler since 2009. Further in WWE, he is one of the third members of group New Day along with Kofi Kingston and Xavier Woods.

Talking about his relationship status he is not dating anyone or we can say that he is single. Although he has millions of fanbases earn from WWE he hasn’t given his heart to anyone. Currently, he is busy developing a career in WWE, maybe he singles due to the reason or might be in search of a new girlfriend.

Besides talking on the past affairs of Big E, he hasn’t disclosed any information about his exes and past relationship. Like most celebrities, he tries to keep his private life atters more secret and is more conscious of his personal life.

Talking about his career besides wrestling he was a football player at the University of Lowa. Then he continued as a powerlifter and became USA Powerlifting Champion. Heading towards his career in wrestling he signed a development contract with WWE (World Wrestling Entertainment ) in 2009. Then after he was assigned to Florida Championship Wrestling FCW and played a debut match on December 17, 2009, by the rig name Big E. When FCW was rebranded to NXT by WWE he made his debut on August 1, 2012. In an episode of January 9, 2013, he had victory over shield member Seth Rollins and won the NXT Championship title. Then after he made his first debut in Raw on an episode of December 17, 2012.

After that, he continuously plays on WWE and form a group  New Day in 2014 along with Kofi Kingston and Xavier Woods and are together till the date. Till now he has become one-time Intercontinental Champion, two times Raw Tag Team Champion and five-time Smackdown Tag Team Champion. He along with his team New day has kept the record of  Longest reign Tag Team Championship for 483 days in WWE history.

Heading to the net worth, the estimated net worth of Big E is $2 Million US. Further, there is no information regarding his house, cars and annual salary.

The professional wrestler Big E (birth name: Ettore Ewen) first took a breath on this earth on March 1, 1986, in Tampa, Florida, USA. Currently, he has completed 34 years old in 2020. He is commonly known by his ring name. Further, he is an American citizen and belongs to Afro-American nationality. His birth sign is Pisces. Talking on his family details he is a son of a father Eltore Ewen and mother Margaret Ewen. Moreover, his sibling’s details are under review and will be updated soon.

Discussing the educational background of Big E he attended Wharton High School in Tampa Florida and graduated from the University of Lowa, Lowa USA. Further, he graduated with a Bachelor of Arts.

In the context of his body structure, he has a heavy body build being a wrestler. Further his chest size is 50 inches, waist size is 36inches and Biceps size is 22iches. In overall his body size is  50-36-22 inches. He stands at a height of 5ft 11iches and weighs 129 kg. Moreover, he has black color eyes and black hair. His shoe size, dress size are not disclosed yet & genuine data will be updated after review. Although he is a wrestler he doesn’t have any tattoos in his body.

Claudia Tiedemann in ‘Dark’ was played by three different actresses.