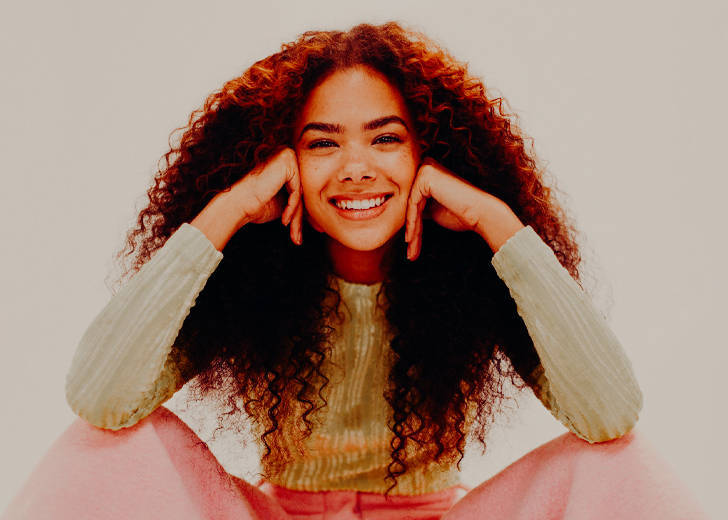 Antonia Gentry, the young actress of Ginny & Georgia, one of Netflix’s most recent hit series, has been training her way to Hollywood since she was five years old. Gentry, who is 23 years old, is playing the lead character in the Netflix series for the first time.

Gentry has always had a passion for acting.

Gentry had her stage debut in a play written by her mother, Sandra, and performed in their local community theater.

The Atlanta native revealed in a Teen Vogue interview on February 24, 2021, that she’d wanted to be an actress since she was five years old.

In the same interview, the actress confessed that as a child, she used to use her father’s video camera to produce videos and pretend to be different characters.

Her mother came upon one of these videos two years ago, in which Gentry professed her desire to be an actress.

Gentry entered a fine-arts school after discovering her passion for acting and went on to appear in various productions at the regional, state, and national levels.

After graduating from high school, the actress chose to pursue her acting career further, enrolling in the Emory University of Drama. In 2018, a year before graduating, the actor made her Netflix debut with a small role in the film Candy Jar.

The actor auditioned for the lead part of Virginia Miller, a.k.a. Ginny, in the Netflix coming-of-age series Ginny and Georgia while still in school.

The actress expressed gratitude to her professors for understanding and encouraging her during her final year of university when she was dealing with final essays, exams, and the starring role.

Working hard always pays off, and Gentry was no exception. The actress was formally booked for Ginny and Georgia two weeks after graduation.

Gentry didn’t want to be without his role.

In an interview with Teen Vogue, the actress stated that after being cast in the part, she had to travel a lot for the chemistry read, which took her from LA to Canada.

Gentry developed blood clots in her leg as a result of all the traveling, but she coped with them in secret because the part was so important to her

The young actress revealed in an interview with Seventeen that the first idea that sprang to mind when she was cast in the part was, “Make sure they don’t fire you.”

The actress admitted that she wanted everyone on set to adore her because it was her first time in such a major part, and that despite playing the series’ lead character, she was continually improving.

What ‘Gentry’ and ‘Ginny’ Have in Common

Gentry said in an interview with Seventeen on March 7, 2021, that reliving her adolescent years through Ginny helped her to revisit memories and experiences she had as a bi-racial person.

Sarah Lampart, the playwright, called her as soon as they started filming, she said. Lampart encouraged Gentry to speak on her experiences growing up bi-racial in a predominately white school and having white classmates, according to Gentry.

Lampart was very understanding, according to Gentry, in her attempt to tell a truthful story that everyone could relate to.

After sharing all of her tales with Lampart, which aided in the development of the script, the actress stated that she finally felt like she had a voice and that the fact that it was a Netflix show piqued her interest. The actress elaborated on her experience, saying:

Some of the comments said to Ginny by other characters on the program were actually taken from Gentry’s real-life discussions, according to the actor.

While Ginny had a white mother, Gentry’s mother was colored and from Jamaica, which was a huge distinction between her on-screen character and reality.

She also mentioned that her mother was her best friend and that she always understood her problems, particularly those involving race. Ginny, on the other hand, lacked that. According to the actress, this helped her understand the diverse experiences of multi-racial communities.

Gentry’s love life is another feature that sets her apart from her on-screen counterpart.

Gentry appears to have a solid love life with her long-time boyfriend, Ezra Pounds, while Ginny is constantly torn between two men.

Her boyfriend, like her, is bi-racial, with a Korean father.

The couple has been together for over five years. On February 15, 2019, Gentry shared a series of photos of the two of them holding hands on Instagram.

Swifties are pursuing you.

Despite its allure, celebrity has its drawbacks. Gentry said in an interview with Elle that she knew what she was getting herself into and that she was prepared for it.

When her character Ginny yelled a line at Georgia (Brianne Howey) in a fit of adolescent rage, the young actress sparked controversy with Taylor Swift followers (Swifties). Virginia, the character played by Gentry, accused Georgia of “going through men faster than Taylor Swift” after witnessing her change many partners.

Gentry was quickly targeted by the swifties, who bombarded him with racist insults on social media.

The actress handled the issue with grace and delicacy.

Instead of openly addressing the topic, she wrote a thank you statement to her supporters on Instagram on March 4, 2021.

She goes on to say that she adores Ginny because she is as flawed and imperfect as the rest of us. According to the actor, her character is just a normal girl who is prone to making mistakes and is entitled to her prejudices, biases, and injustices.