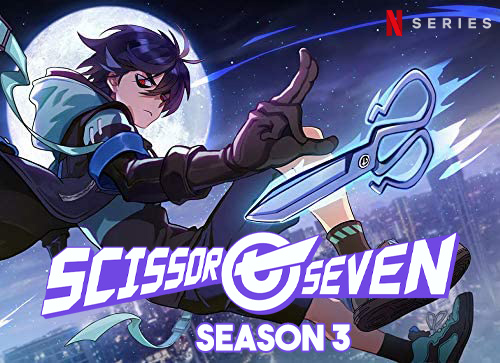 Following the huge popularity of the previous two seasons, a new season of Scissor Seven has already been launched in China, as fans all over the world wait for its Netflix release.

Because of its growing popularity among international fans, Scissor Seven made history as the first Chinese anime series to launch on Netflix.

Scissor Seven has a big following.

Scissor Seven, which was released in 2018, grabbed anime fans with its interesting main character, Wu Liuqi, dubbed Killer Seven. Not only that, but the one-of-a-kind sitcom is chock-full of witty banter and tremendous originality, which shines through in each episode.

The show is notable for its minimalistic approach to animation. The story follows an amnesiac barber who sets out to become the best assassin in the world with an unusual weapon: scissors.

Seven, armed with a trustworthy pair of scissors and the ability to blend in, offers low-cost contract murdering. However, there is one minor issue: he frequently fails to complete homework.

The series has been dubbed in several languages, including English, French, Japanese, and Spanish, and each episode has an average of 16 million views.

Furthermore, the series has received great reviews from critics, thanks to its fascinating characters and scenarios.

The Series’ Premiere On Netflix

Despite the series’ enormous success in China, it took a long time for it to make its way onto Netflix, making it the first-ever Chinese anime to reach a worldwide audience.

The series was a present to the fans during the global lockdown of 2020, with 14 episodes in the first season and ten in the second, with an IMDb rating of 8.2.

It’s only a matter of time before Netflix announces its release date, given it’s already available on Chinese streaming sites Tencent, Bilibili, and Youku. However, it is expected to be published in the middle of 2021.