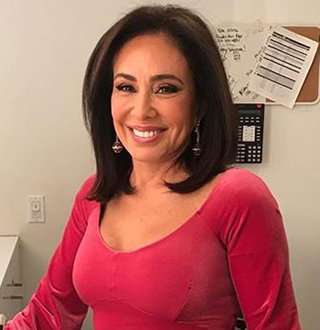 Jeanine Ferris Pirro, known professionally as Jeanine Pirro, is an American Republican television broadcaster and author who served as a judge, prosecutor, and legislator in New York State.

She is currently the host of the Fox News Channel’s Justice with Judge Jeanine program.

Her publicist at the time, Anne Marie Corbalis, even claimed that as an assistant district attorney, she had a “100% felony conviction rate.”

She’s also written a book, Liars, Leakers, and Liberals: The Case Against the Anti-Trump Conspiracy, which contains some of the most egregious lies she’d ever seen in her legal career.

Jeanine’s professional success, however, did not benefit her personal life, since she had a horrible marriage experience.

After 38 years of marriage, Jeanine Pirro divorced her husband.

In 1975, Jeanine married Albert Pirro, an American lawyer. The couple first met while attending Albany Law School, where they both graduated.

Their marriage was going well until her spouse was charged with tax evasion by the United States Attorney’s office in 1999.

Albert was also sentenced to 11 months in prison in June 2003 after being charged with 34 counts of tax evasion and conspiracy.

Even before that, in the 1980s, he had cheated on Jeanine and fathered a daughter, Jaclyn Marciano, with his mistress Jessica Hutchison.

After he was prosecuted for tax evasion in the late 1990s, his affair became public knowledge.

With all of these considerations in mind, Jeanine chose to divorce Albert in 2007. In 2013, the divorce was finalized.

In the final hours of his presidency, former President Donald Trump granted Albert a complete pardon for his conspiracy and tax evasion convictions.

He was pardoned as part of a rush of over 140 last-minute pardons and commutations awarded by Trump overnight to followers, including alt-right provocateur and former aide Steve Bannon, as well as celebrities like rappers Lil Wayne and Kodak Black.

Jeanine is not married at the moment, and there is no information regarding if she is dating anyone.

The Daughter of Jeanine Pirro Is Now a Wife

Jeanine’s children have reached adulthood. Christi, who goes by the nickname Kiki, married on August 19, 2017.

Her wedding to Zak Schwartzman took place on House Island, just off the coast of Portland, Maine.

Meanwhile, Jeanine was overjoyed to see her daughter marry, and she expressed her joy on Twitter multiple times. She shared a photo with her son Alexander on August 22, 2017, and revealed that her kid walked her down the aisle during his sister’s wedding.

There isn’t much public information on him, however, he is frequently shown with his mother in her social media posts.

Cancer was discovered in Jeanine Pirro.

Jeanine has diagnosed with cancer in 2012 thanks to nuclear imaging technology, which uses uranium as the primary radioactive ingredient to diagnose disease.

Around the same time, a significant uranium mine was sold to Russian buyers, leaving Russia with a 20% share of America’s uranium supplies.

As a result, she chastised then-President Barack Obama and former Secretary of State Hillary Clinton for completing the process.

Later on, the television host recovered completely from cancer and now lives a healthy life.

Nasser Ferris and his mother, Esther Ferris, gave birth to the multi-talented woman on June 2, 1951.

Nasser worked in sales, while her mother, Esther, worked as a model for a department shop. Jeanine, who is 5 feet 4 inches tall, is of Lebanese-American descent.

In 1975, she graduated from Union University’s Albany Law School with a Juris Doctorate.